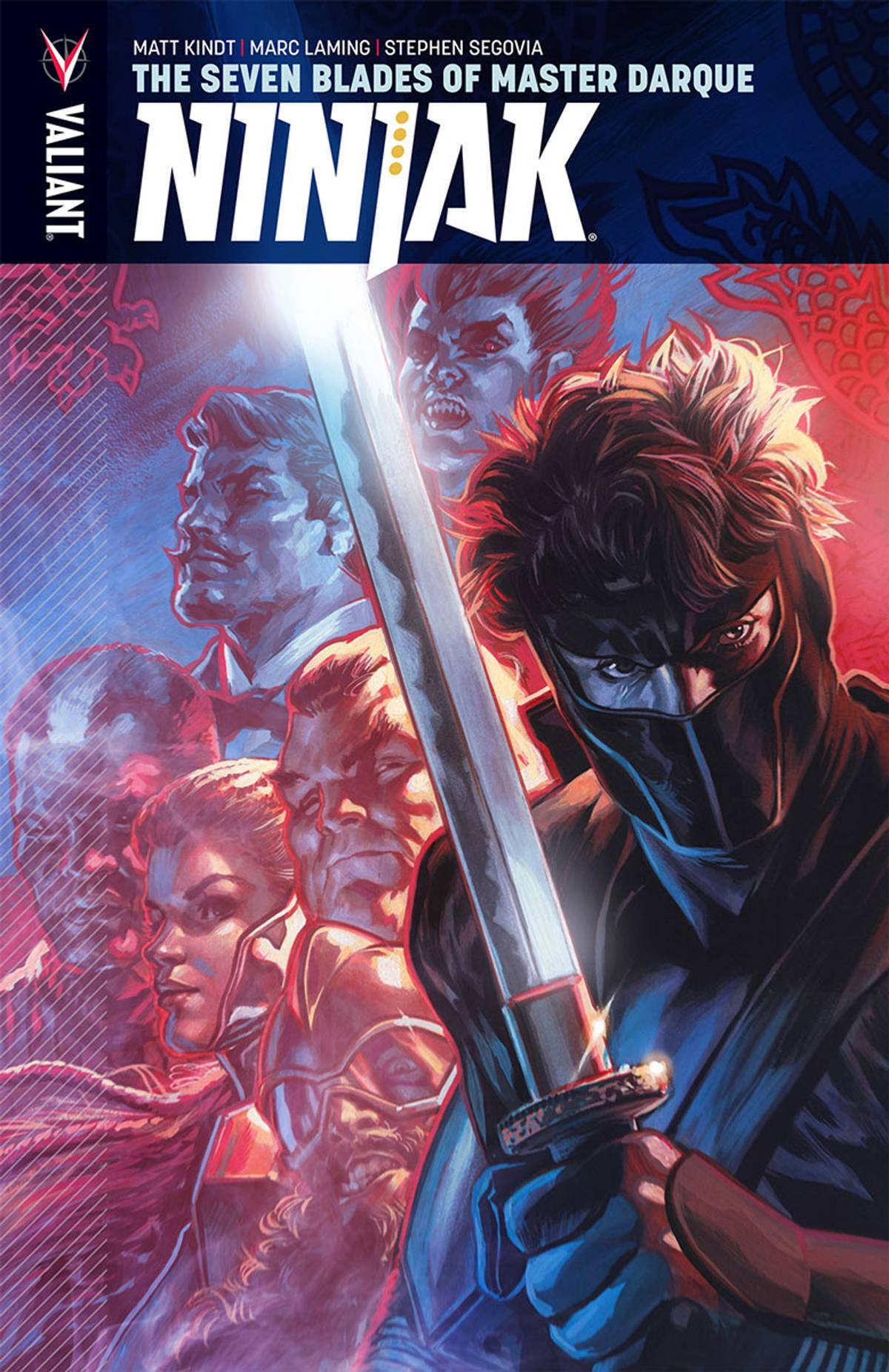 #
MAY171987
(W) Matt Kindt (A) Stephen Segovia, Marc Laming (CA) Felipe Massafera
Darque destinies!
Master Darque - the sadistic lord of death and resurrection - yearns to be free once again, but first he must fight for his life. Darque is a target, his powers are weak, and his enemies know it. Now, Darque's own former pupil and Ninjak's ruthless arch-nemesis - the lethal assassin known as Roku - has gathered the Shadow Seven together again for the sole purpose of putting Darque down for good. And the only thing holding their uneasy alliance together is a mysterious benefactor from the shadows... someone who also goes by the name Darque...Everything has led to this... Out of the ashes of BOOK OF DEATH, Ninjak and Master Darque will collide in a punishing circle of death, destruction and hellfire!