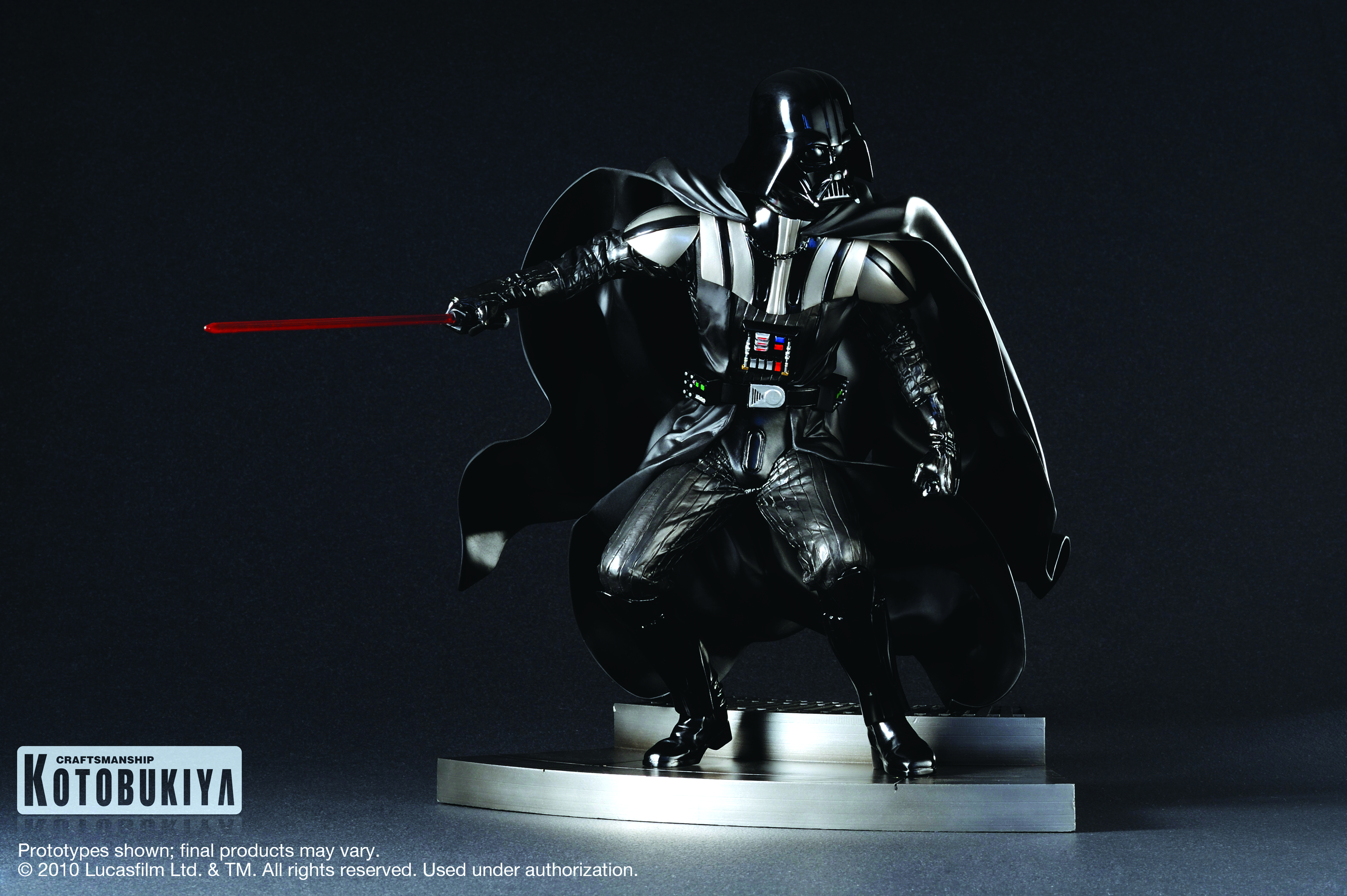 MAY111835
A KOTOBUKIYA Japanese import!  Kotobukiya's amazing line of Star Wars ARTFX Statues brings the heroes and villains of the Star Wars universe to life in a dynamic 1/7-scale. Darth Vader wields his crimson lightsaber in mortal combat against anyone foolhardy enough to challenge the might of the Galactic Empire. His classic armored suit features intricate sculpting to bring out the different parts of his chest piece and belt module, while Vader's long cape flows around him in the heat of battle. With his knees bent and weapon extended in his right hand, Vader is ready for anything, even upstart Jedi Knights. Darth Vader stands 11" tall (1/7th scale) atop an exclusive Death Star panel display base.