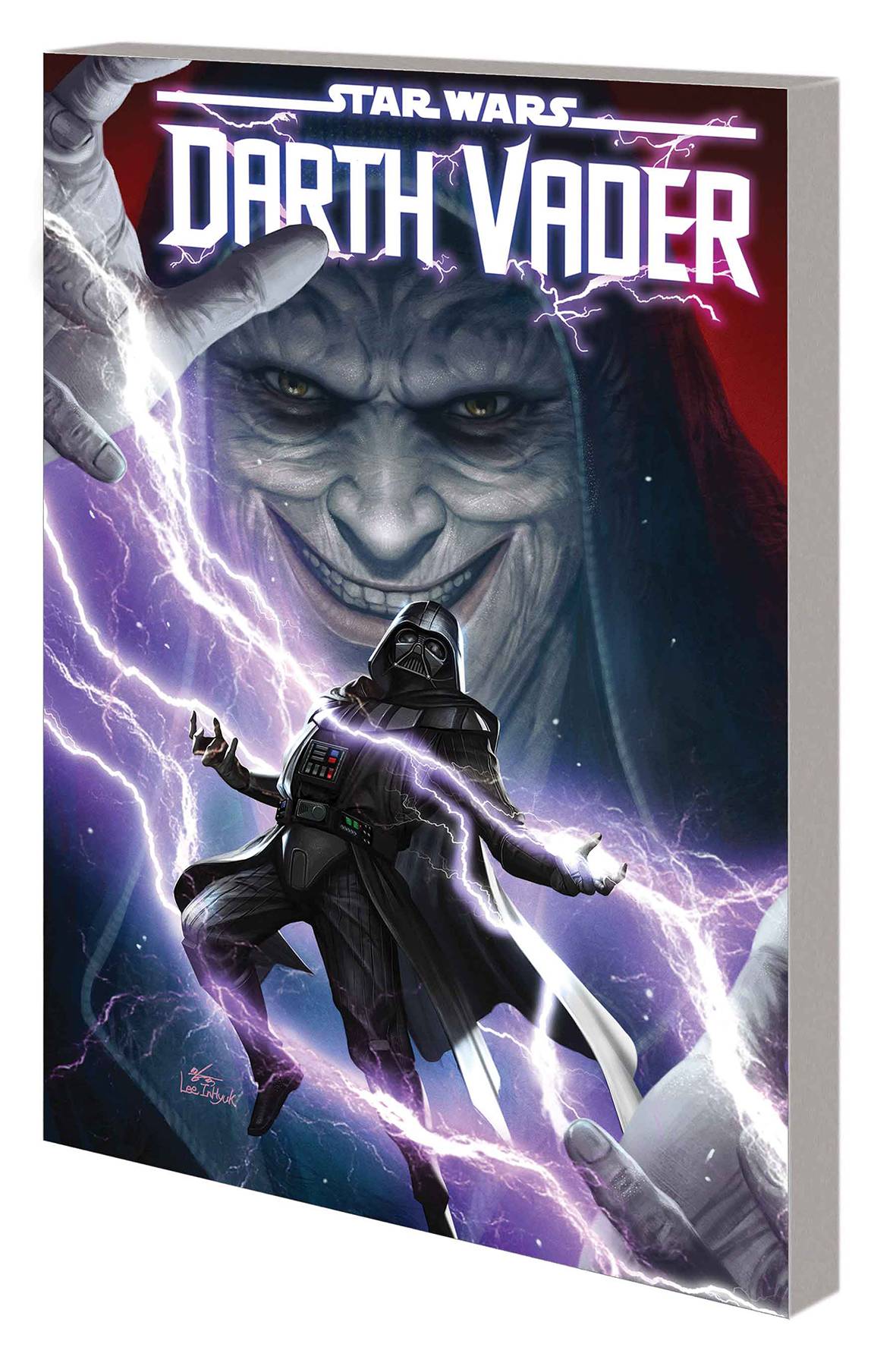 #
MAR210704
(W) Greg Pak (A) Raffaele Ienco (CA) Inhyuk Lee
Darth Vader failed to turn his son, Luke Skywalker, to the dark side. Vader sought revenge against those who hid Luke from him for all these years...and in doing so nearly betrayed his master. It did not go unnoticed by Palpatine...and now it is time for Vader's next lesson. Now, left battered and broken by his punishment, the Dark Lord drags himself across the scorched surface of Mustafar with vengeance on his mind! But as Vader closes in on the key to Palpatine's greatest secret, the deadly assassin Ochi of Bestoon stands in his way. Vader and Ochi are in for the fight of their lives, with the fate of the Emperor in the balance - but how much of this deadly scenario is Palpatine's grand plan? Collecting STAR WARS: DARTH VADER #6-11.
Rated T
In Shops: Jun 23, 2021
SRP: $17.99
View All Items In This Series
ORDER SUBSCRIBE WISH LIST