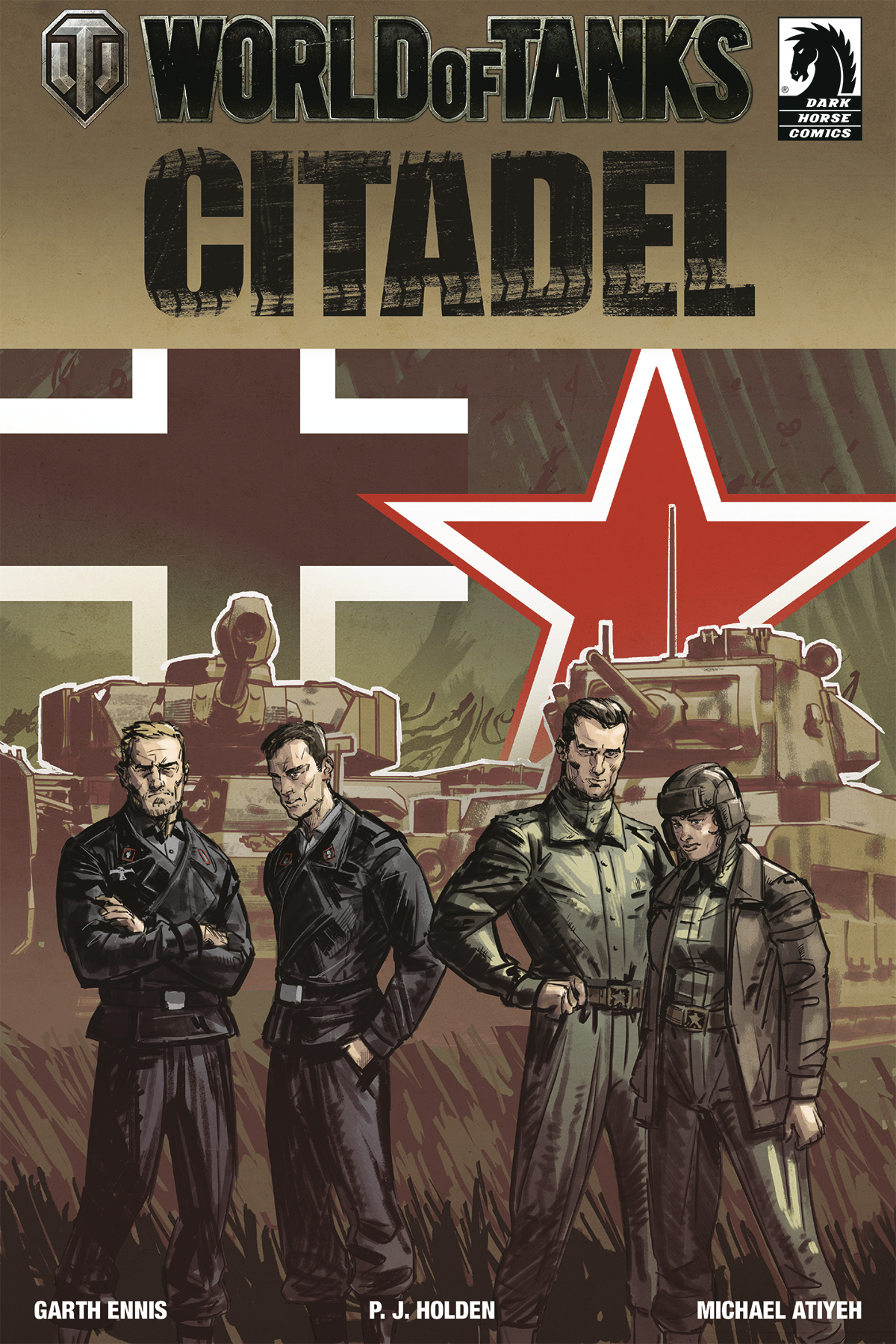 MAR180045
(W) Garth Ennis (A) P. J. Holden (CA) Isaac Hannaford
The Eastern Front, 1943: as the cataclysmic Battle of Kursk looms large, Captain Piotr Piotrowicz and his driver, Natalya "Ginger" Pulkhova, prepare their unit for action- equipped with the worst tanks in the Russian inventory. On the opposite side, German tankers Karl Kraft and Freddie Stadler brace for the onslaught-well aware that failure here will put their Soviet enemy on the road to Berlin. Garth Ennis and PJ Holden present a second action-packed story of armored warfare, inspired by the phenomenally popular game World of Tanks.
In Shops: May 09, 2018
SRP: $3.99
View All Items In This Series