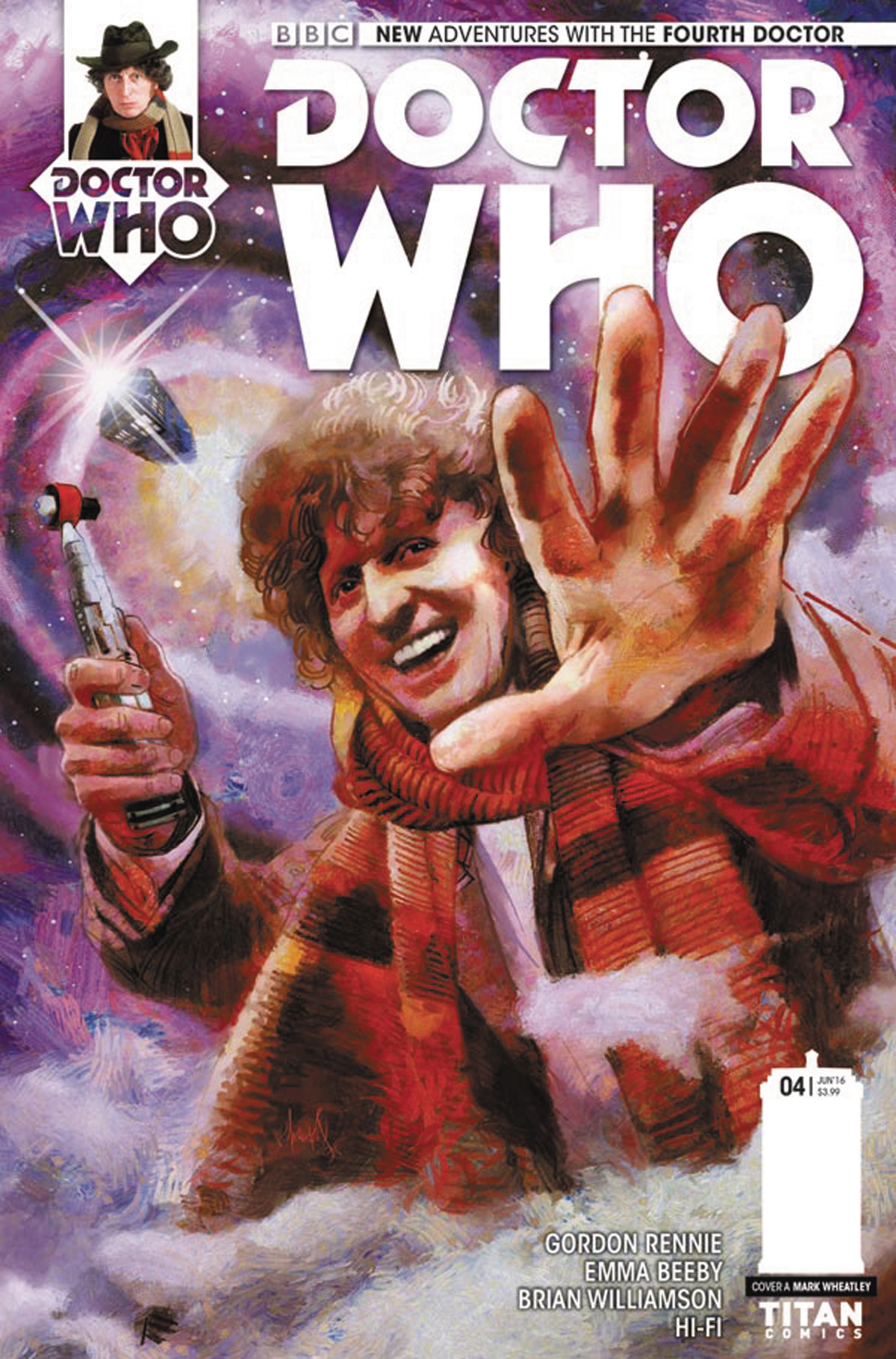 MAR161674
(W) Gordon Rennie, Emma Beeby (A) Brian Williamson (CA) Mark Wheatley
The penultimate chapter of "Gaze of the Medusa"! Sarah Jane and Professor Odysseus are trapped in the ancient past, while the Doctor and the Professor's daughter, Athena, attempt to steal the Lamp of Chronos from Lady Emily Carstairs and her giant Scryclopes! And looming large over both time zones, the Medusa itself!
In Shops: Jul 13, 2016
SRP: $3.99
View All Items In This Series
ORDER WISH LIST