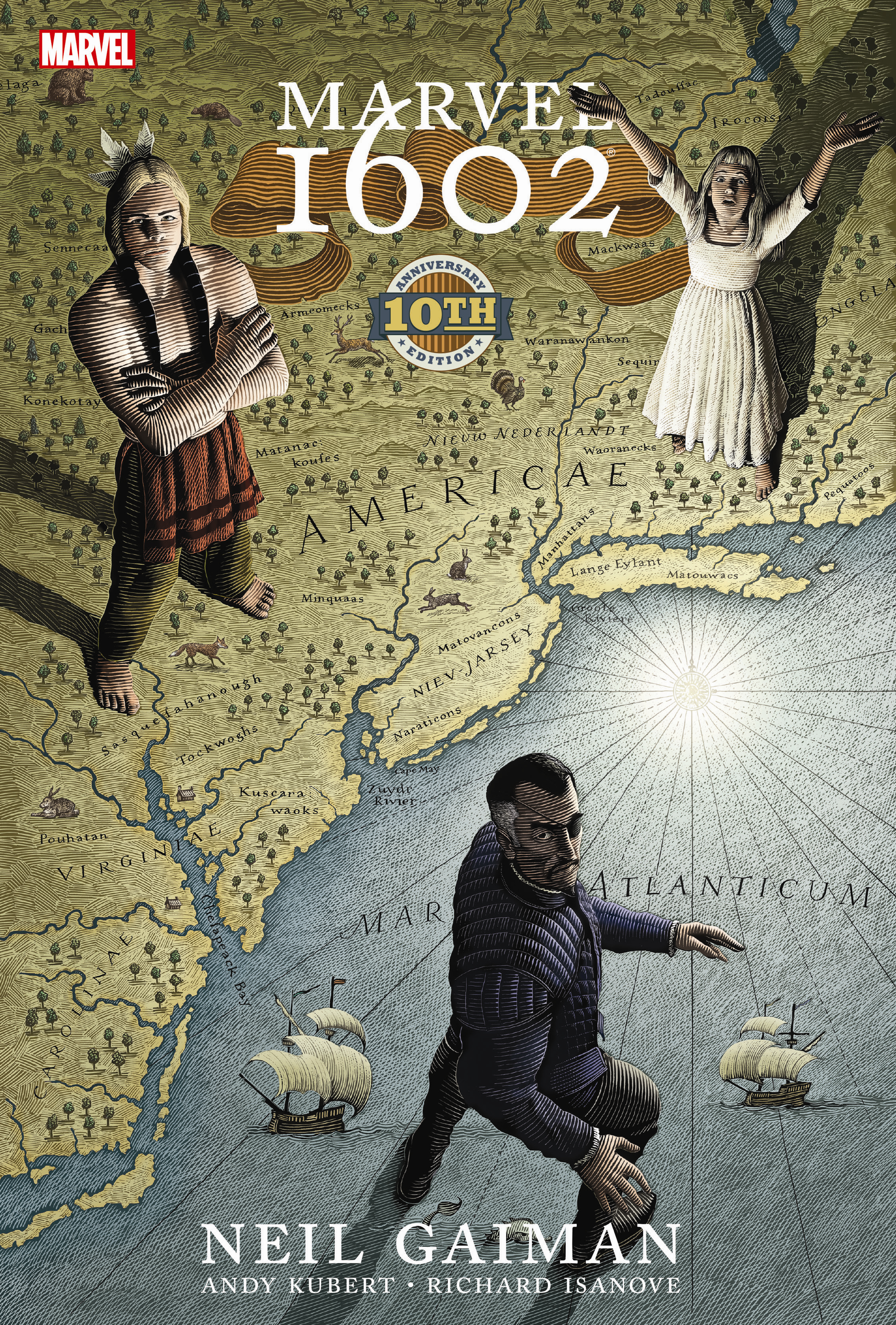 MAR130733
(W) Neil Gaiman (A) Andy Kubert (CA) Scott McKowen
Award-winning writer Neil Gaiman presents a unique vision of the Marvel Universe - set four hundred years in the past! Classic Marvel icons such as the X-Men, Spider-Man, the Fantastic Four and Daredevil are re-imagined in this intriguing world of 17th-century science and sorcery - instantly familiar to readers, yet subtly different in this new time. 1602 combines classic Marvel action and adventure with the historically accurate setting of Queen Elizabeth's reign to create a unique series unlike any other published by Marvel Comics. Neil Gaiman's daringly different tale has stood the test of time and spawned an entire universe of sequels - now, celebrate the 10th anniversary of the story that started it all with this lush oversized hardcover! Collecting MARVEL 1602 #1-8.
In Shops: Aug 21, 2013
SRP: $29.99
ORDER WISH LIST