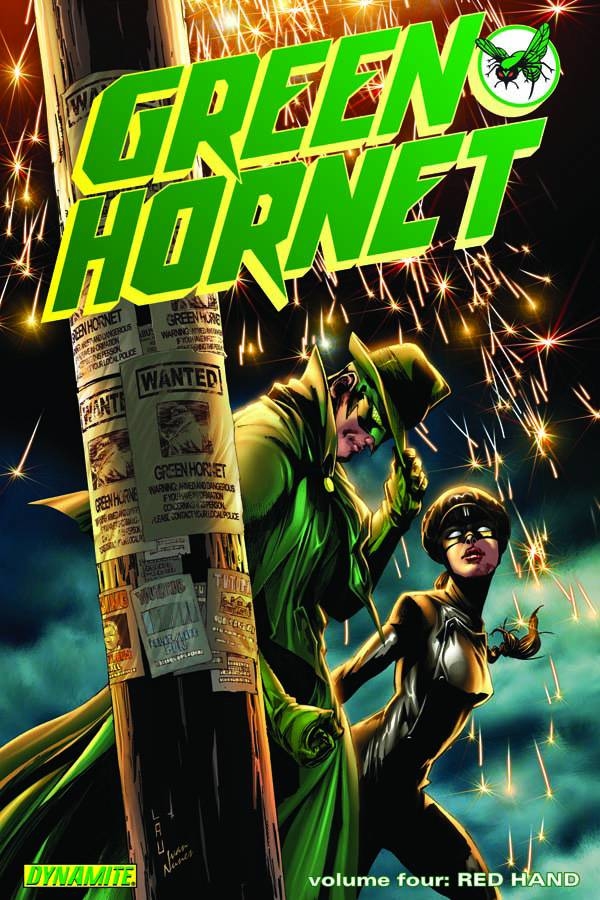 MAR120944
(W) Phil Hester, Ande Parks (A) Igor Vitorino, Ronan Cliquet (CA) Jonathan Lau
Red hand. One of the world's most proficient assassins-for-hire. He's killed presidents, CEOs, generals and housewives. He's killed just about everything that walks the earth on two feet. Before all that, he was Hayashi Kato's protégé. Now, Redhand's sights are set dead center on Hayashi and his current pupils, the new Green Hornet and Kato.
One by one, Red Hand is picking off Century City's undercover heroes, working his way up to a final confrontation with the man Redhand blames for his own loss of humanity- the original Kato. The stakes have never been greater for Britt Reid and company.
Along with the epic "The Devil You Know" arc, this collection contains two stand-alone Green Hornet tales. As the relationship between the new Green Hornet and Kato becomes more complicated, Britt and Mulan find themselves confronting two more relics from the past: a mad German engineer-thief and one of Britt's former MMA sparring partners.

This collection features Issues 16-21 of the hit series by Phil Hester, Andie Parks, Igor Vitorino and Ronan Cliquet as well as a complete cover gallery by Phil Hester, Jonathan Lau and Brian Denham.
In Shops: Jun 20, 2012
SRP: $19.99
View All Items In This Series