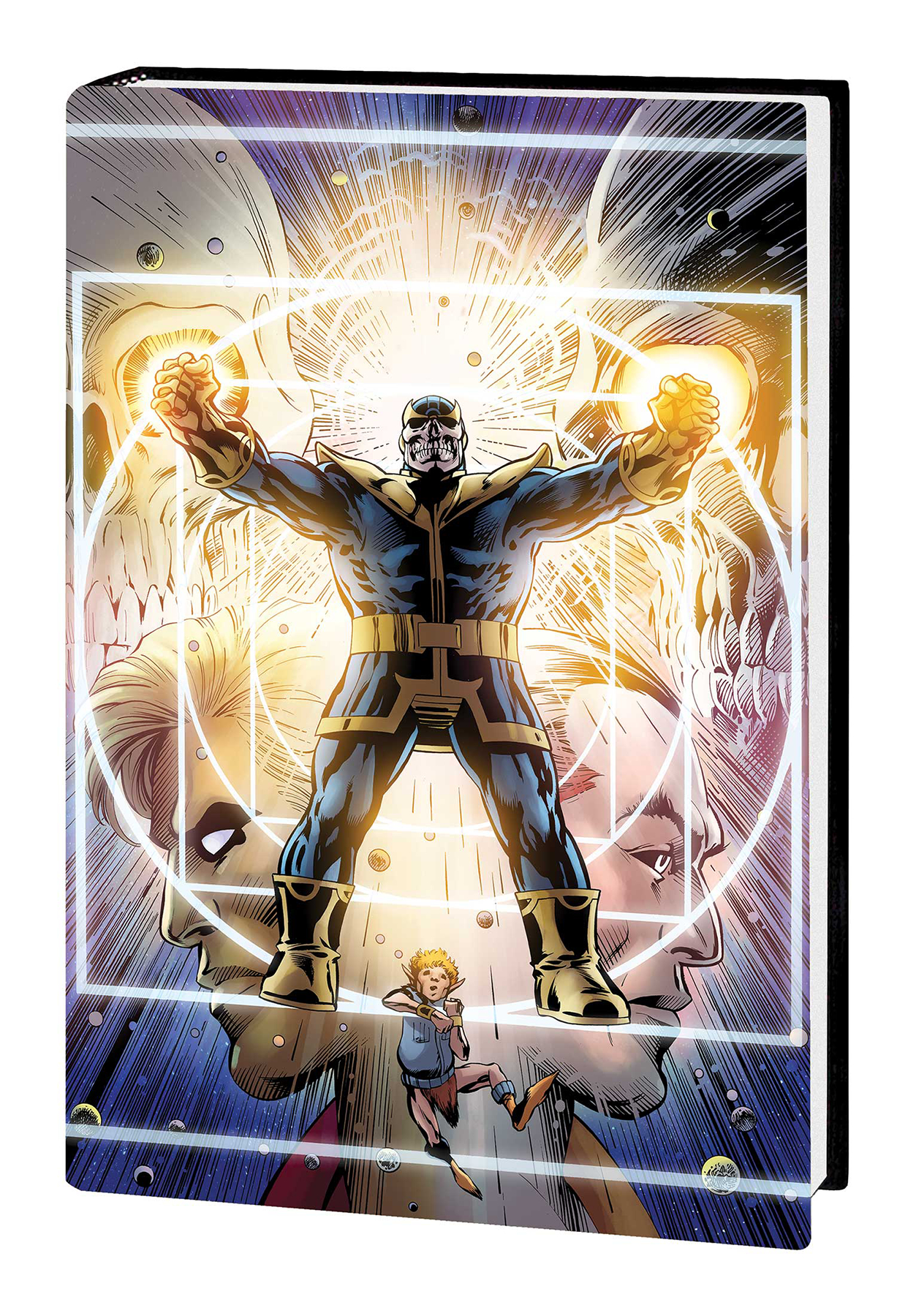 JUN191038
(W) Jim Starlin (A/CA) Alan Davis
The cosmic conclusion to Jim Starlin and Alan Davis' epic trilogy! All hail Thanos, lord of all that is - including himself! In the far future, Thanos has become the most powerful being in reality. But it's not enough to rule in his own time. The truly Mad Titan intends to command all of time and space - including his own past self! Now Thanos' brother, Eros, his old ally Adam Warlock and the teleporting troll named Pip must find a way to free Thanos' consciousness from his own future. But the journey will take them - and Thanos - far beyond the limits of anything they believed they could endure. Do not miss Jim Starlin's final chapter in the Thanos saga!
Rated T+
In Shops: Oct 02, 2019
SRP: $24.99