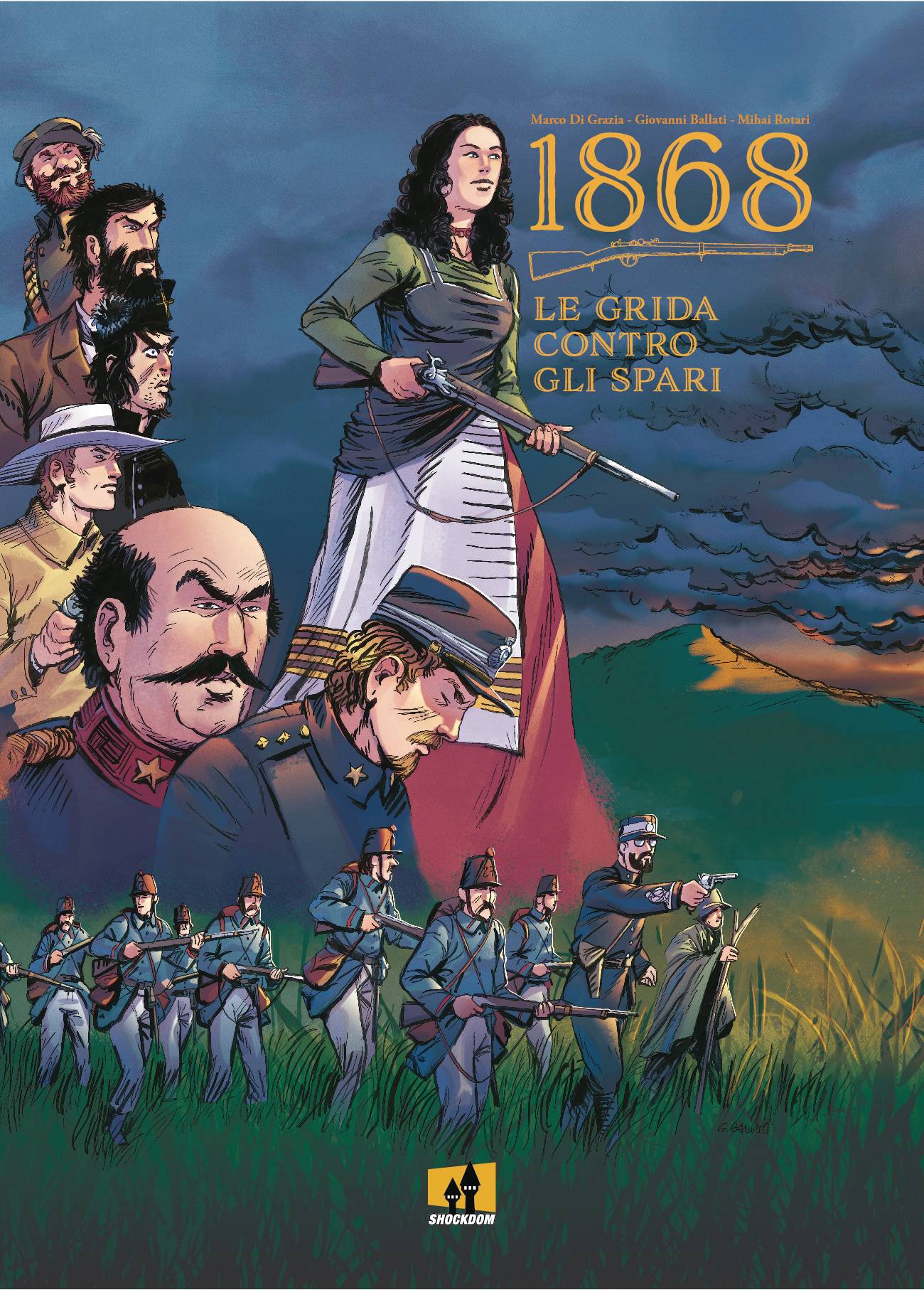 #
JUL221908
(W) Marco Di Grazia (A) Giovanni Ballati, Mihai Rotari
South Italy's "far west." Between history and fiction, the story of the legendary brigand Michelina De Cesare. During the '60 of the XIX century, the phenomenon known as "brigandism" in the southern regions of Italy is our own  "far west." An entire population conquered by the army which descended from the north, deprived of its lands, of its laws, of its traditions, an invasion met with a diffused and transveral resistance: former Borbonic soldiers, former veterans both from Garibaldi's and republican armies, but also families, chapelains and whole villages. Among the ranks of those who fought to the bitter end was Michelina De Cesare, in the territories near Caserta, where she was betrayed.
In Shops: Oct 12, 2022
SRP: $18.00
ORDER WISH LIST