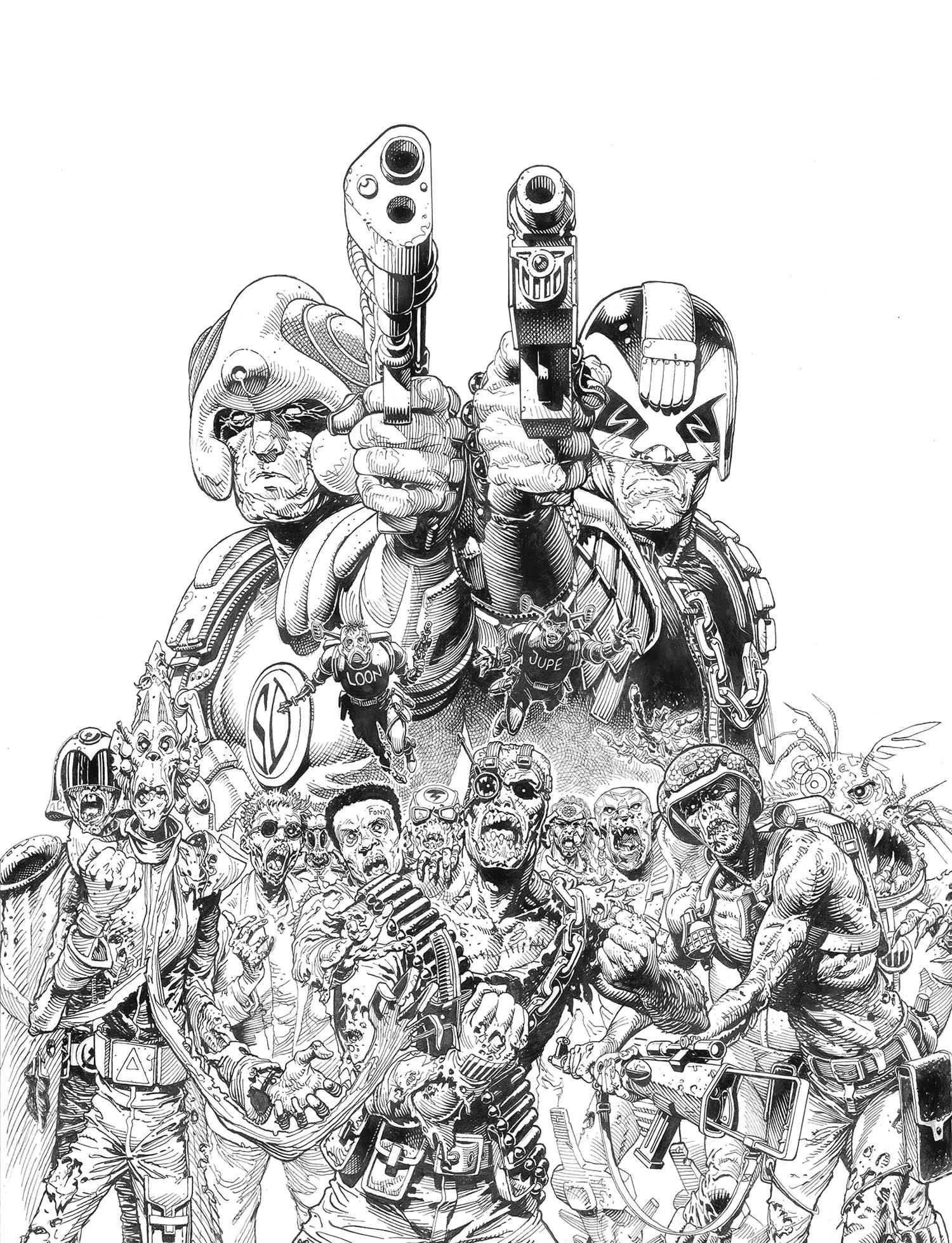 #
JUL221851
(W) VARIOUS (A) VARIOUS (CA) Cliff Robinson
Incredible SF action from the Eisner-nominated UK anthology! In Progs 2298-2299, a rogue robot takes on the Mega-City underworld in Judge Dredd: "Sentientoid's Big Idea"; Nolan Blake goes out guns blazing in Skip Tracer: "Valhalla"; Atalia Jaegir is one step closer to getting her hands on a weapon of mass destruction in "Ferox"; a child is kidnapped in folk horror "The Crawly Man"; and Dexter and company reach the final stop in "The End of the Pier Show." Then in Prog 2300 it's a special undead event as a zombie plague infects the whole 2000 AD multiverse! An alternate take on Judgement Day find realities being overrun by ghouls and Rogue Trooper, Sinister Dexter, Strontium Dog are not happy! Prog 2301 is a jumping-on issue, with all new stories starting, including Hershey: The Cold in the Bones by Rob Williams and Simon Fraser, Enemy Earth by Cavan Scott and Luke Horsman, and Chimpsky's Law by Ken Niemand and PJ Holden!
In Shops: Oct 26, 2022
SRP: $29.99
View All Items In This Series
ORDER SUBSCRIBE WISH LIST