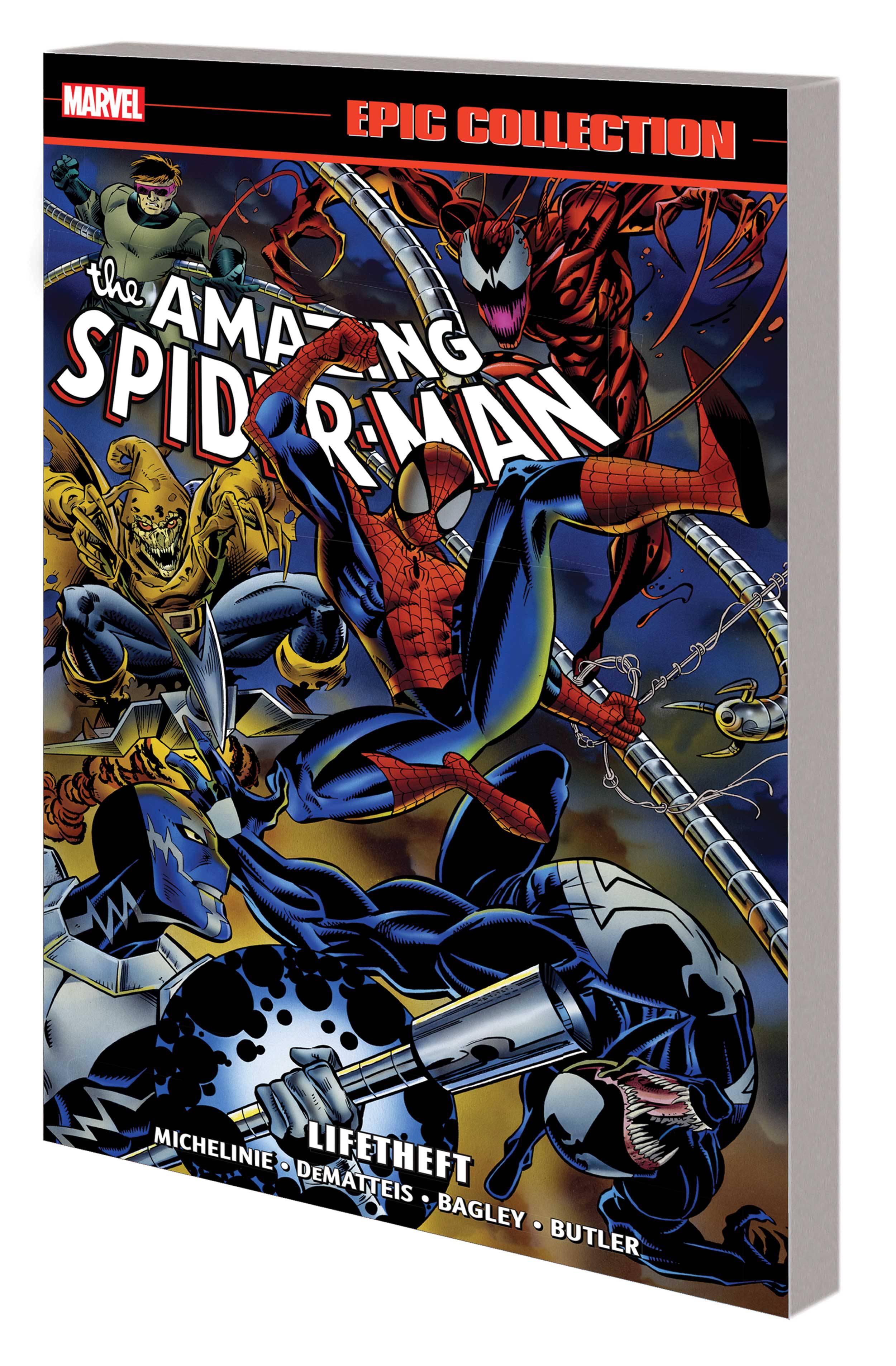 #
JUL210796
(W) David Michelinie, More (A) More (A/CA) Mark Bagley
The truth about Peter Parker's parents! Mary and Richard Parker, long presumed dead, returned home months ago alive and well - but Aunt May still has suspicions, and this family reunion will be anything but happy! But first, Spider-Man must survive a showdown with an angrier-than-ever Hulk - and Venom's sparring partners the Jury will serve their verdict on Spidey! And when the Vulture gains a new lease on life at Peter's expense, it sets in motion a chain of events that will rock the wall-crawler's world! An enraged Spider-Man vents his fury on the Chameleon, Shriek and Carrion - but can Peter Parker claw his way back from the brink of madness? Collecting AMAZING SPIDER-MAN (1963) #381-393, AMAZING SPIDER-MAN ANNUAL (1964) #28, SPIDER-MAN (1990) #45, SPECTACULAR SPIDER-MAN (1976) #211, WEB OF SPIDER-MAN (1985) #112 and AMAZING SPIDER-MAN ASHCAN EDITION.