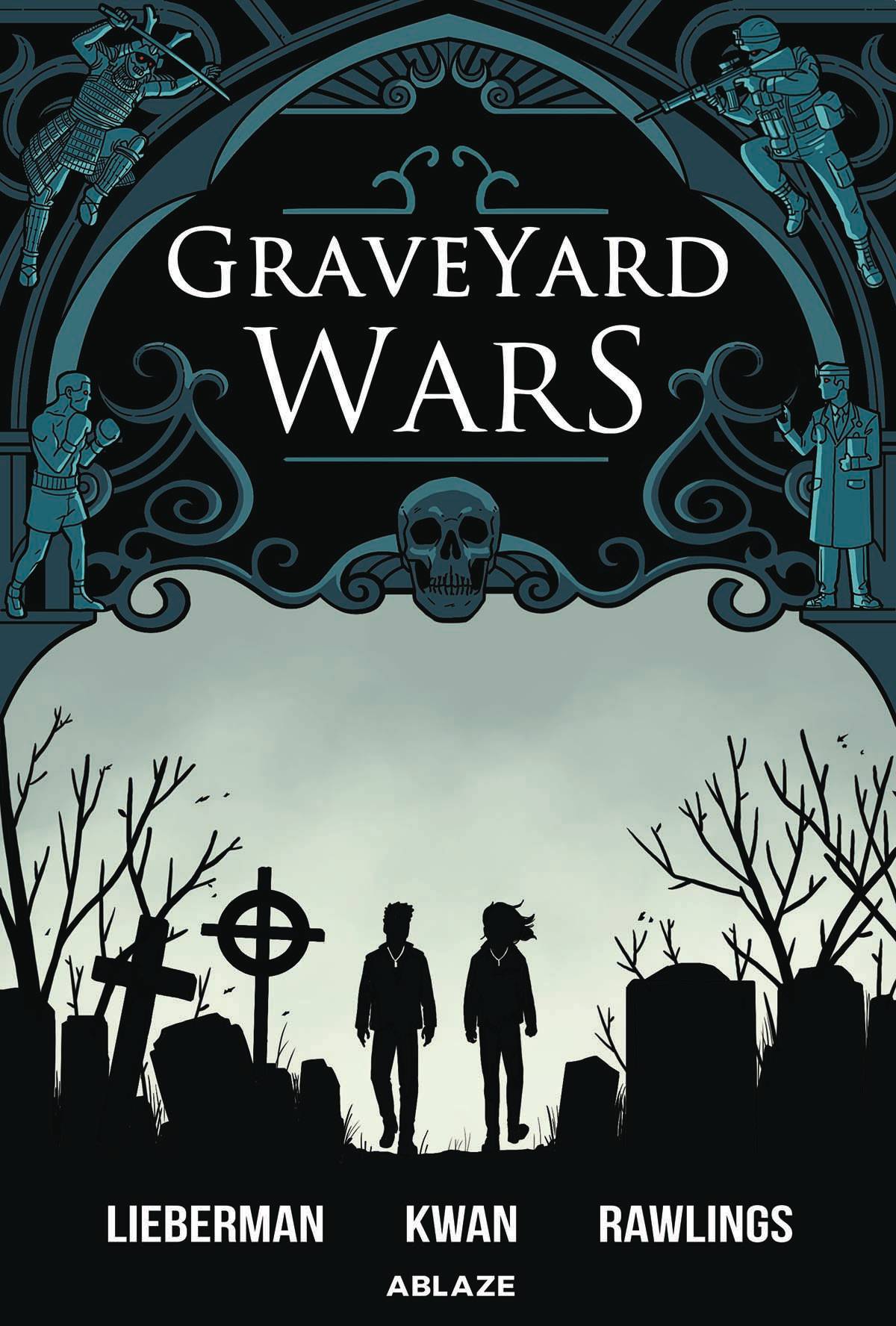 #
JUL200937
(W) A. J. Lieberman (CA) A. J. Lieberman (A/CA) Andrew Sebastian Kwan
There are those among us, all of whom have had near death experiences, who now
have an ability called a Soul-Skill which allows them access to the skill-sets of the
dead; fighter, mechanic, sniper. Anything. This ability connects them in this realm to the
soul, and its skill, in the next. Pilot. Hacker. Assassin. Anything.
While not everyone who touches death is able to retain this ability those who do have
formed two warring guilds: Caretakers and Dark Hearts. The Caretaker's mission? To use
the power of the dead to protect the living. Welcome to Graveyard Wars.

All his life Ethan Noble felt he was different; unstable, crazy. How else to explain his
ability to master so many different skills only to have them vanish time after time.
All her life Carter Noble has tried in vain to help her brother. Raise him, shield him,
understand him. An impossible task, even for a twin, because no matter how hard
Ethan tried to explain his behavior Carter was never able to understand and any
attempt to enlist help from Sebastian, their father, was met with an icy stare and stony
silence.

What all three Nobles will soon learn is that in a world where the secrets someone
takes to their grave are no longer safe you need family more than ever. The problem?
When Ethan and Carter uncover a web of lies that led to their mother's death
they're lead straight to their father.