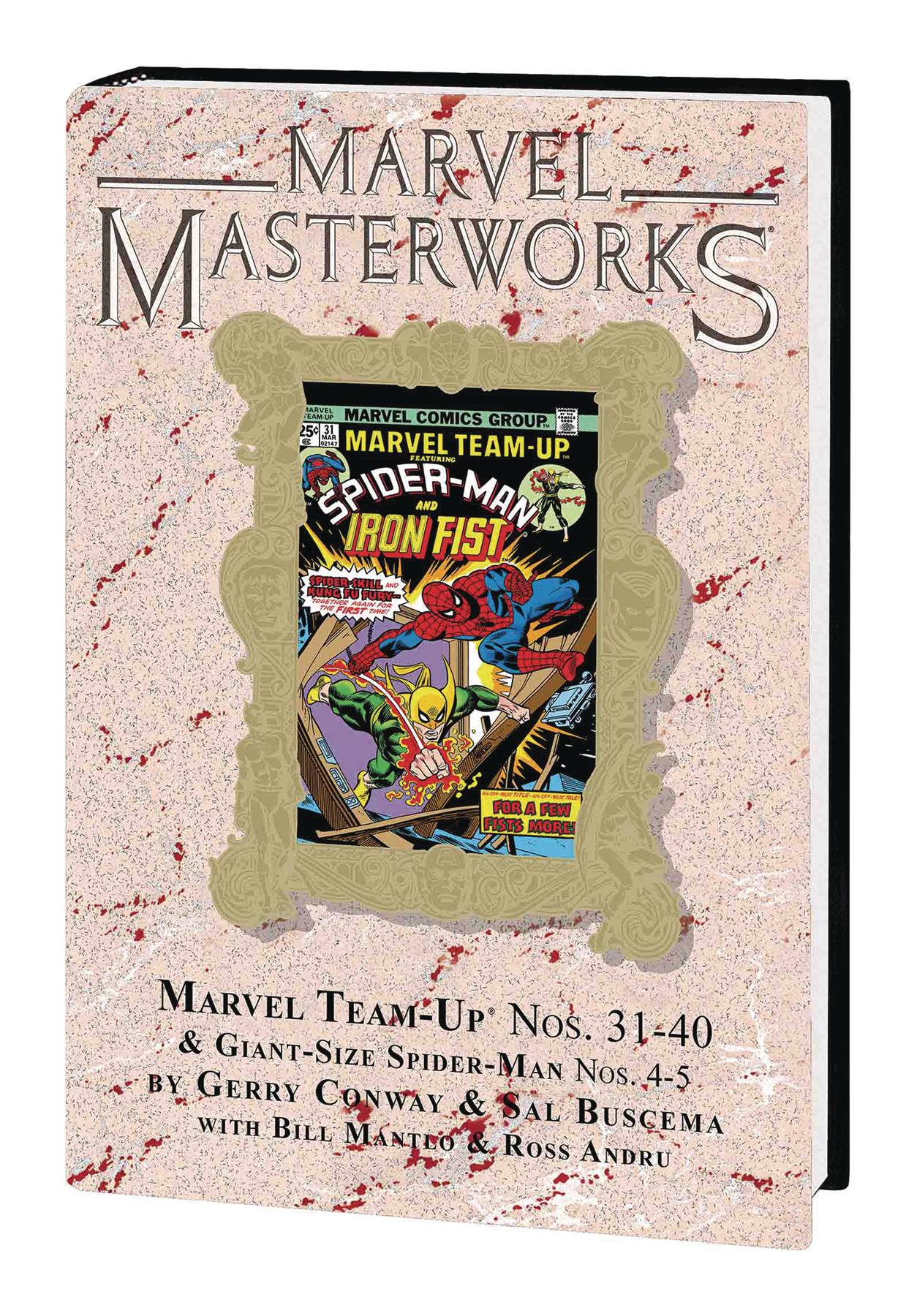 #
JUL181164
(W) Gerry Conway, Bill Mantlo (A) Sal Buscema, Ross Andru, Jim Mooney (CA) Gil Kane
No one in the Marvel Universe knows how to make friends...and enemies...and frenemies...like the Amazing Spider-Man! And he's going to add to the ranks of all three, beginning with an Iron Fist kung fu clash. Then, Nighthawk, Valkyrie and Doctor Strange join in the battle against Jeremiah and his Church of Blood. Never wanting to leave a corner of Marveldom unexplored, the monsters are unleashed with Man-Wolf, Frankenstein's Monster and the Beast. We're even including Spidey's Giant-Size adventures with (or is it against?) the Punisher and the Man-Thing. Meanwhile, the Human Torch takes MTU's headline spot in a battle of fire and brimstone and the Big Man and Sons of the Tiger close out another Masterworks extravaganza!
Collecting MARVEL TEAM-UP (1972) #31-40, GIANT-SIZE SPIDER-MAN #4-5 and the MARVEL COMICS CALENDAR 1975.
Rated T
In Shops: Jan 09, 2019
SRP: $75.00
View All Items In This Series
ORDER WISH LIST