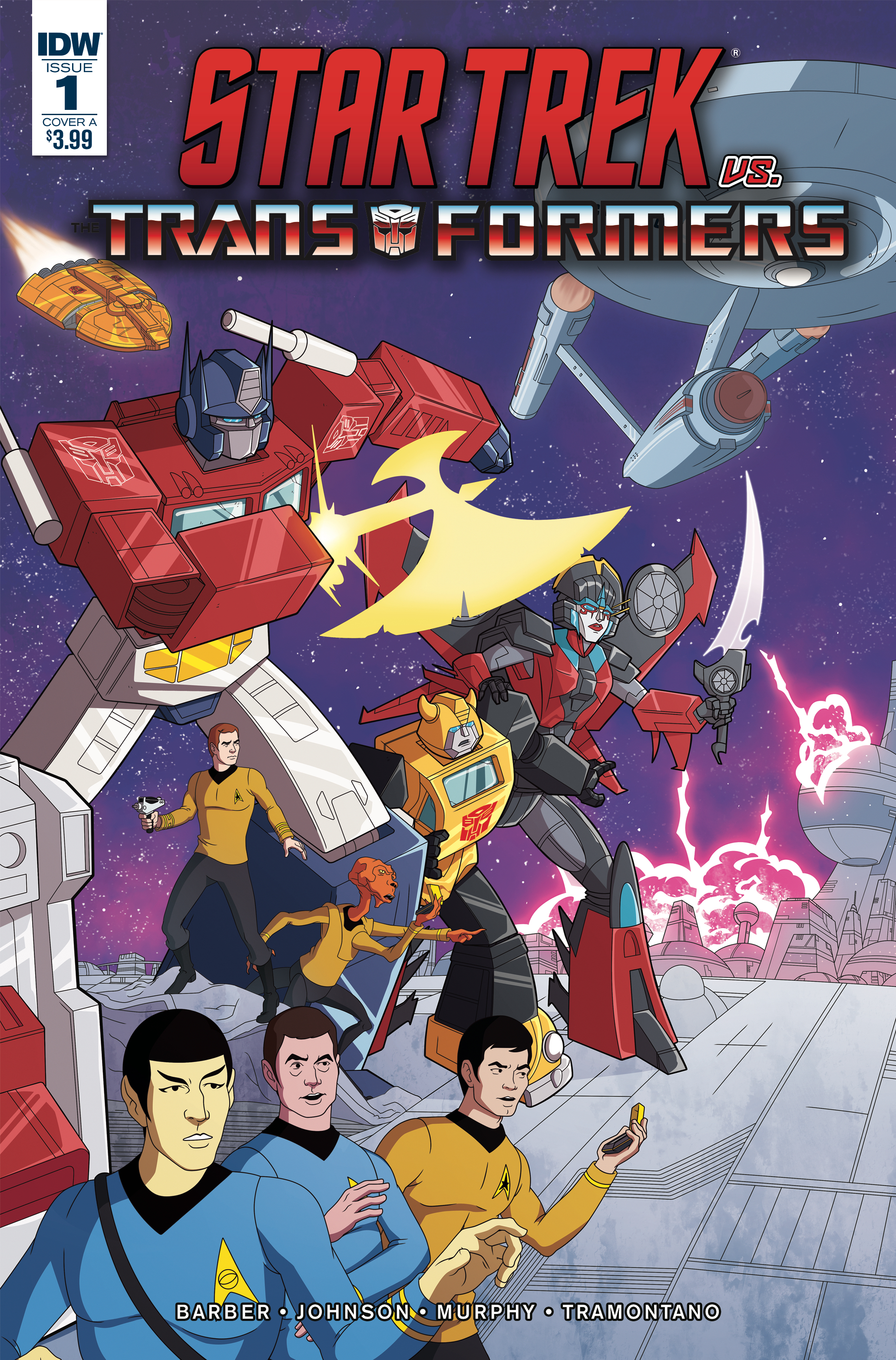 JUL180815
(W) John Barber, Mike Johnson (A/CA) Philip Murphy
The Transformers '80s cartoon series meets Star Trek: The Animated Series in a no-holds-barred Saturday Morning mash-up for the ages!
At the edge of Klingon space, the starship Enterprise finds there's more to the final frontier than meets the eye, when Kirk and his crew come face to face with the strangest life forms of all: Cybertronians! This unprecedented crossover brings together two of the greatest science fiction universes of all time-in the style of their classic animated series! A five-year mission meets a four-million-year war!
Written by two titans of their respective properties, John Barber (Optimus Prime, Transformers: Robots in Disguise, Transformers: Bumblebee Movie Prequel) and Mike Johnson (the most prolific Star Trek comic book writer of ALL TIME!)!
Philip Murphy's A & B covers connect to form an amazing heroes and villains image!
In Shops: Sep 26, 2018
SRP: $3.99
View All Items In This Series