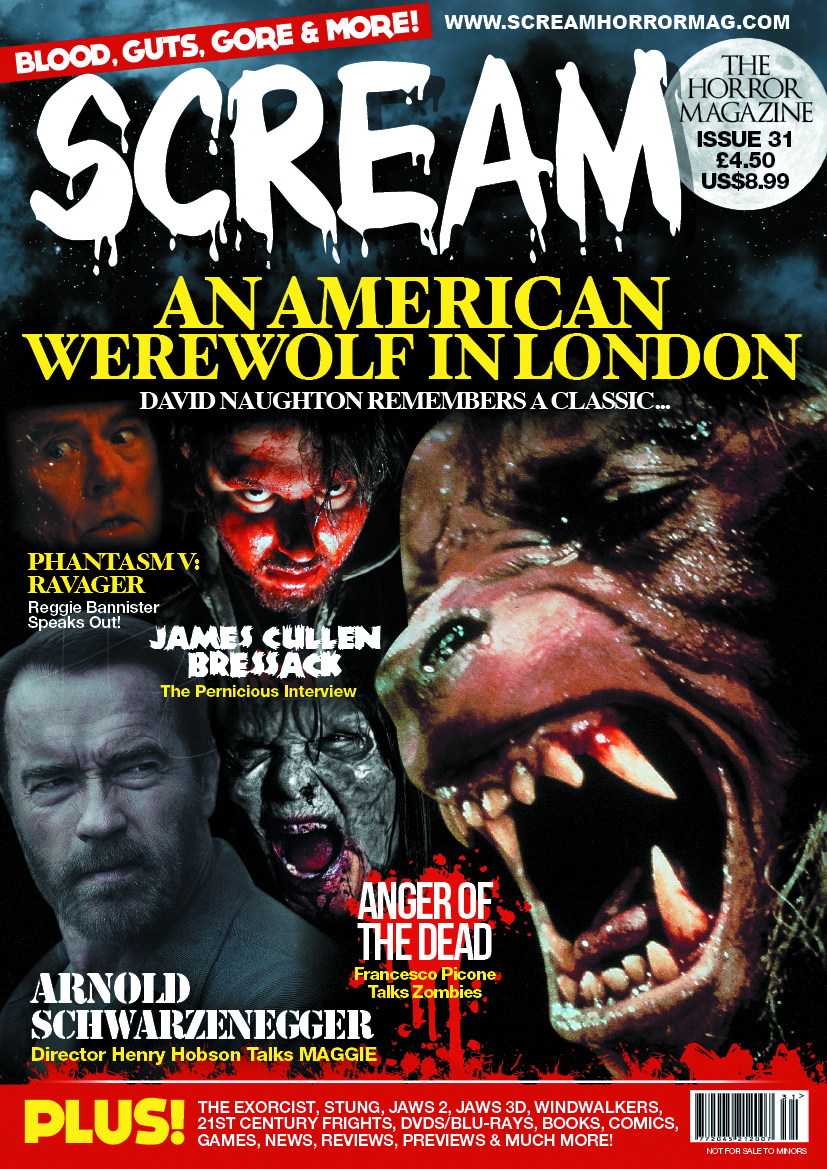 JUL151926
The last issue of Scream, the full color Horror magazine is packed with delicious gory delights as usual. This issue the guys have several exclusive interviews including David Naughton who talks about his lead role in An American Werewolf In London, Arnold Schwarzenegger discusses his latest role in upcoming Zombie drama Maggie, cult film star Reggie Bannister reveals all in this years Phantasm V: Ravager, director Francesco Picone is interviewed about his new Italian Zombie actioner Anger Of The Dead, and Jaws 3D director Joe Alves reveals everything about his 1983 killer shark sequel.
In Shops: Oct 21, 2015
SRP: $8.99
View All Items In This Series
ORDER SUBSCRIBE WISH LIST