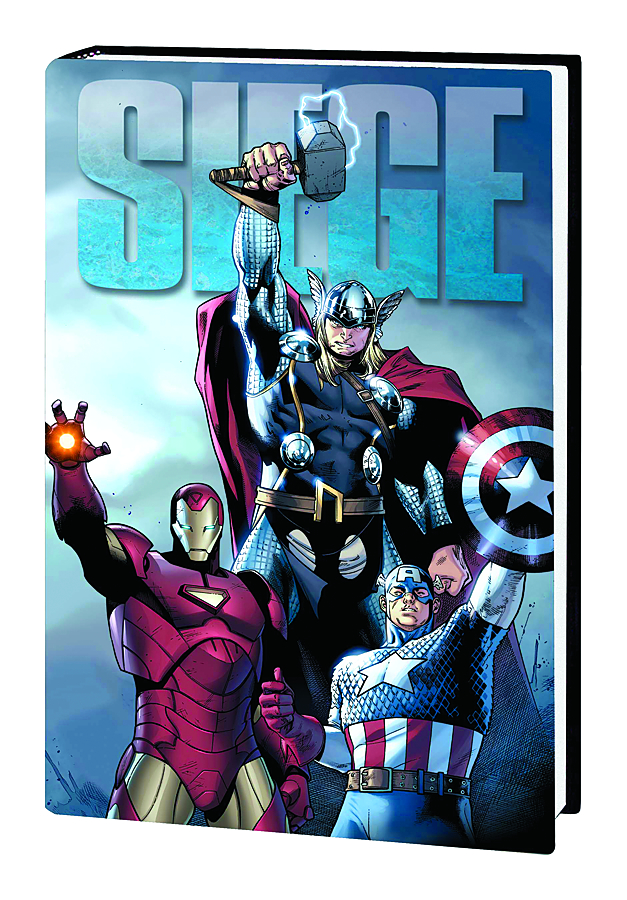 JUL110719
(W) Brian Michael Bendis (A) Various (CA) Olivier Coipel
Written by BRIAN MICHAEL BENDIS
Penciled by OLIVIER COIPEL, MICHAEL LARK, LUCIO PARRILLO, DANIEL ACUNA, STUART IMMONEN, MIKE MCKONE & MIKE DEODATO JR.
Cover by OLIVIER COIPEL
The lines have been drawn in final battle, as writer Brian Michael Bendis fulfills the promise of an epic story seven years in the making! The Marvel Universe's greatest villains make their final move against the hallowed halls of Asgard! It's the last piece in Norman Osborn's insane bid to seize total control of the world, but is the siege of Asgard the proverbial bridge too far for the former Green Goblin? And will his machinations with Loki be the thing that loses the war ... or wins him the world? Plus: the New Avengers are on the run! Driven underground by the Superhuman Registration Act, the Avengers battle Osborn, and his new crime kingpin the Hood, behind the scenes - taking on a gauntlet of the Hood's lethal cronies including the Mandrill, the Griffin and the Purple Man. And Osborn's Dark Avengers have problems of their own, as the Sentry's origin is revealed, Bullseye commits an unspeakable act of murder, and Osborn himself begins to succumb to the evil legacy of the Green Goblin! Witness the climax of Norman Osborn's Dark Reign, and the dawn of a new heroic age ... the siege of Asgard is here! Collecting SIEGE: THE CABAL, SIEGE PROLOGUE, SIEGE #1-4 & material from SIEGE #1 DIRECTOR'S CUT, NEW AVENGERS (2005) #61-64 and DARK AVENGERS #13-16.