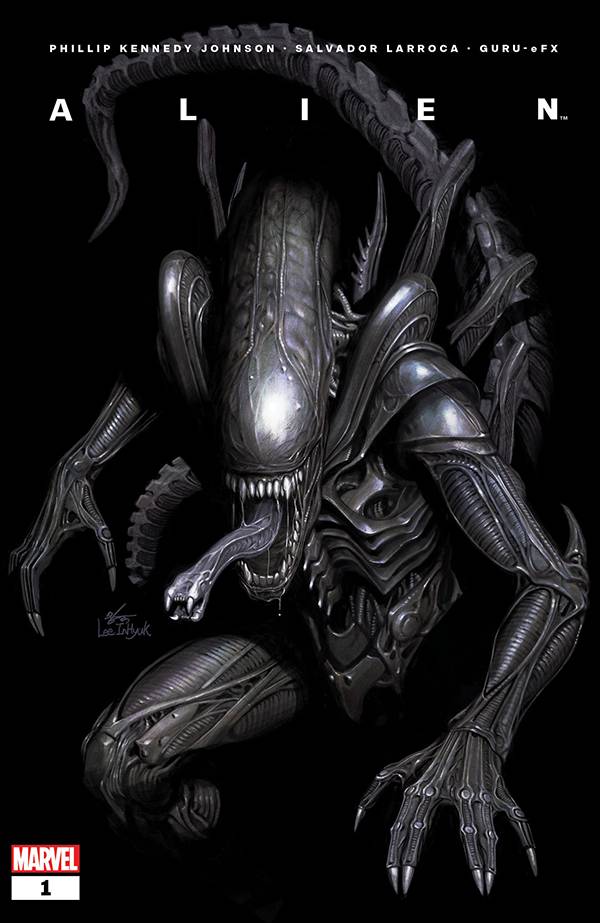 #
JAN211312
Marvel is excited to announce that the first of these ventures into never-before-seen corners of the Alien universe will arrive this March with ALIEN #1! Written by Phillip Kennedy Johnson (Empyre: Captain America) with art by Salvador Larroca (Doctor Doom), ALIEN #1 will be a thrilling addition to the incredible legacy that began with the groundbreaking 1979 film. Featuring both new and classic characters from Earth and beyond, this bold take on the Alien mythology will entertain both longtime fans and newcomers to the legendary horror/science-fiction saga. The new story will feature a Weyland-Yutani mercenary named Gabriel Cruz as he battles a deadly new breed of xenomorph with the survival of his child hanging in the balance. No stranger to infusing horror with the classic Marvel storytelling, Phillip Kennedy Johnson most recently shocked readers in the terrifying MARVEL ZOMBIES: RESURRECTION series. FINAL COVER MAY VARY! ALLOCATIONS MAY OCCUR!
In Shops: Mar 31, 2021
SRP: $49.99