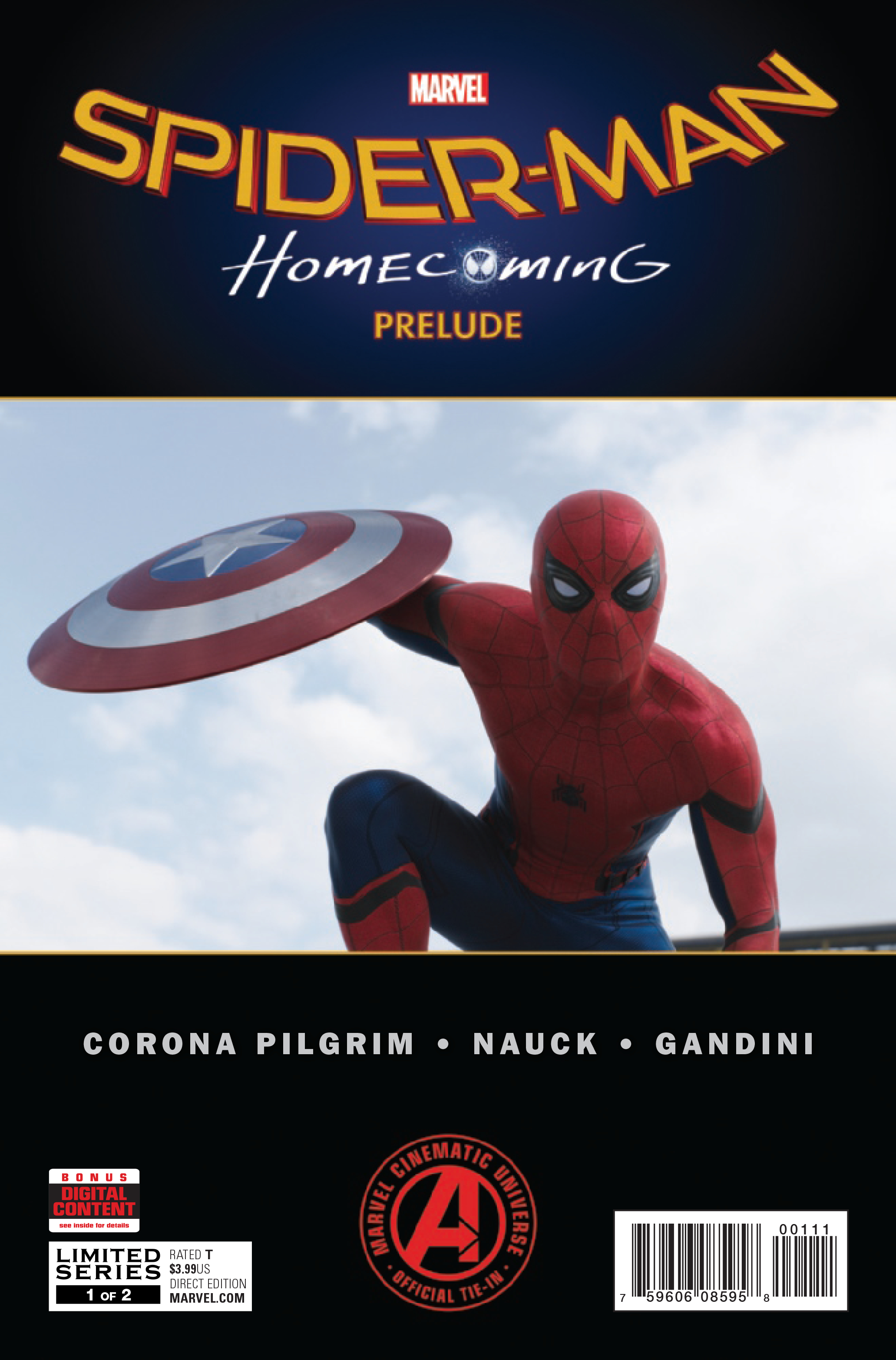 JAN171005
(W) Will Pilgrim (A) Todd Nauck (CA) Photo
YOUR FRIENDLY NEIGHBORHOOD SPIDER-MAN SWINGS INTO THE MCU!
•  PETER PARKER is just your average, nerdy, tech-loving teenager...until an unexpected turn of events lands him with the power to cling to walls and the proportionate strength of a spider!
•  SPIDER-MAN's foray into the Marvel Cinematic Universe begins here, with part one of an adaptation of the blockbuster Marvel's Captain America: Civil War, which sees a rift between CAPTAIN AMERICA and IRON MAN rend a schism between the Avengers...with Spider-Man in the middle of it all!
Rated T
In Shops: Mar 01, 2017
SRP: $3.99
View All Items In This Series