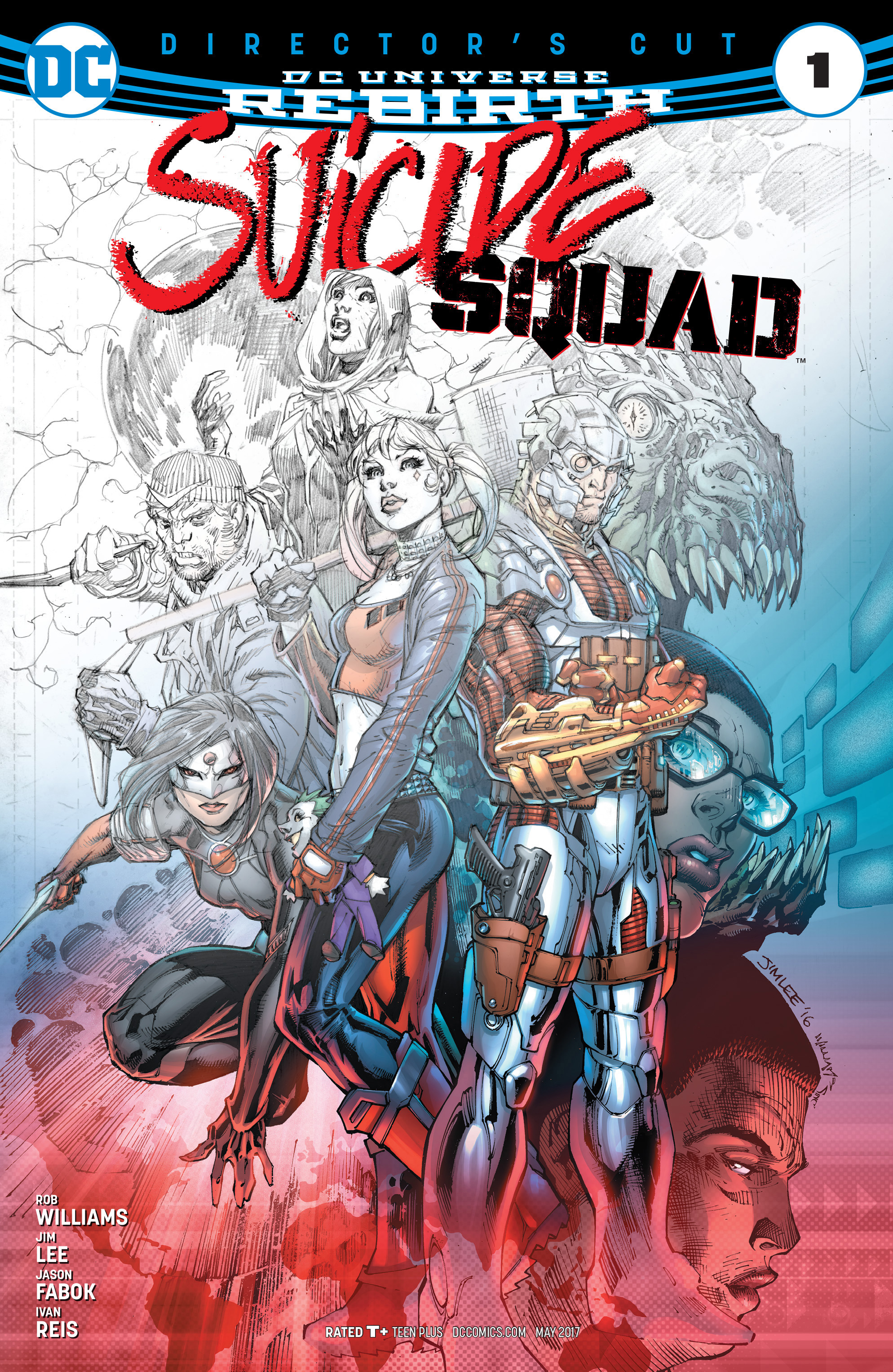 JAN170359
(W) Rob Williams (A) Jason Fabok, Ivan Reis, Oclair Albert (A/CA) Jim Lee, Scott Williams
Superstar artists Jim Lee and Jason Fabok join writer Rob Williams to bring you a new vision of the Suicide Squad in this new pencils-only DIRECTOR'S CUT special! As "The Black Vault" begins, a mysterious cosmic item falls out of the heavens and into enemy hands, and America has only one option: Task Force X, Amanda Waller's strike team of incarcerated super-criminals. A one-stop-shop for plausibly deniable espionage and ultra-violence, this "Suicide Squad" only handles missions they're not expected to survive.
In Shops: Mar 22, 2017
SRP: $5.99
View All Items In This Series
ORDER SUBSCRIBE WISH LIST