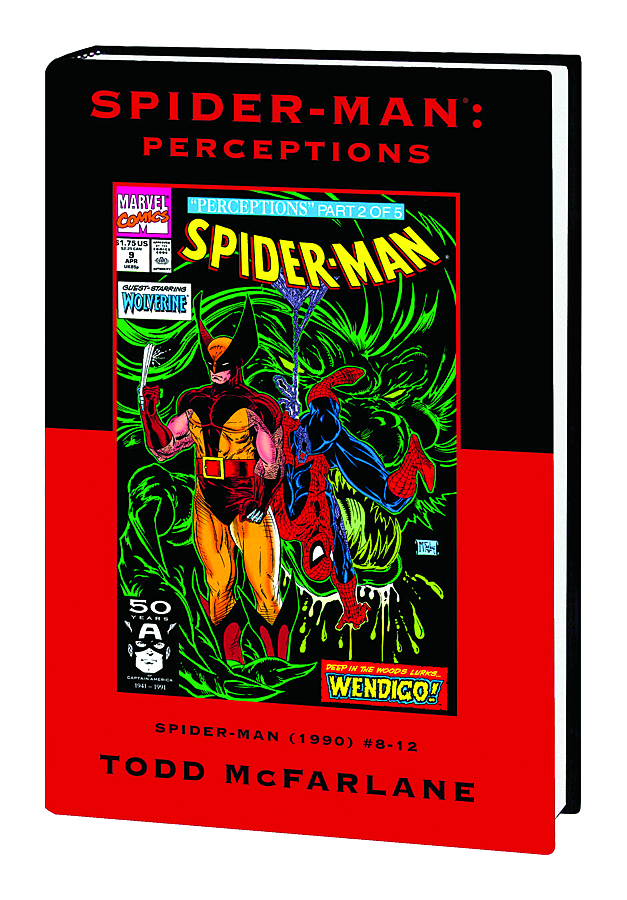 JAN120739
(W) Todd McFarlane (A/CA) Todd McFarlane
Written by TODD MCFARLANE
Penciled by TODD MCFARLANE
Cover by TODD MCFARLANE
Spider-Man artist extraordinaire Todd McFarlane continues his unique take on everyone's favorite Wall-Crawler! When young boys' bodies begin to surface and rumors of a murderous Bigfoot hit the news, Peter Parker journeys to the Great White North to investigate. But he discovers more than he bargained for when both Wolverine and Wendigo arrive on the scene! And as savage as he is, is Wendigo truly responsible for the boys' deaths - or is the truth far more sinister? Collecting SPIDER-MAN (1990) #8-12.