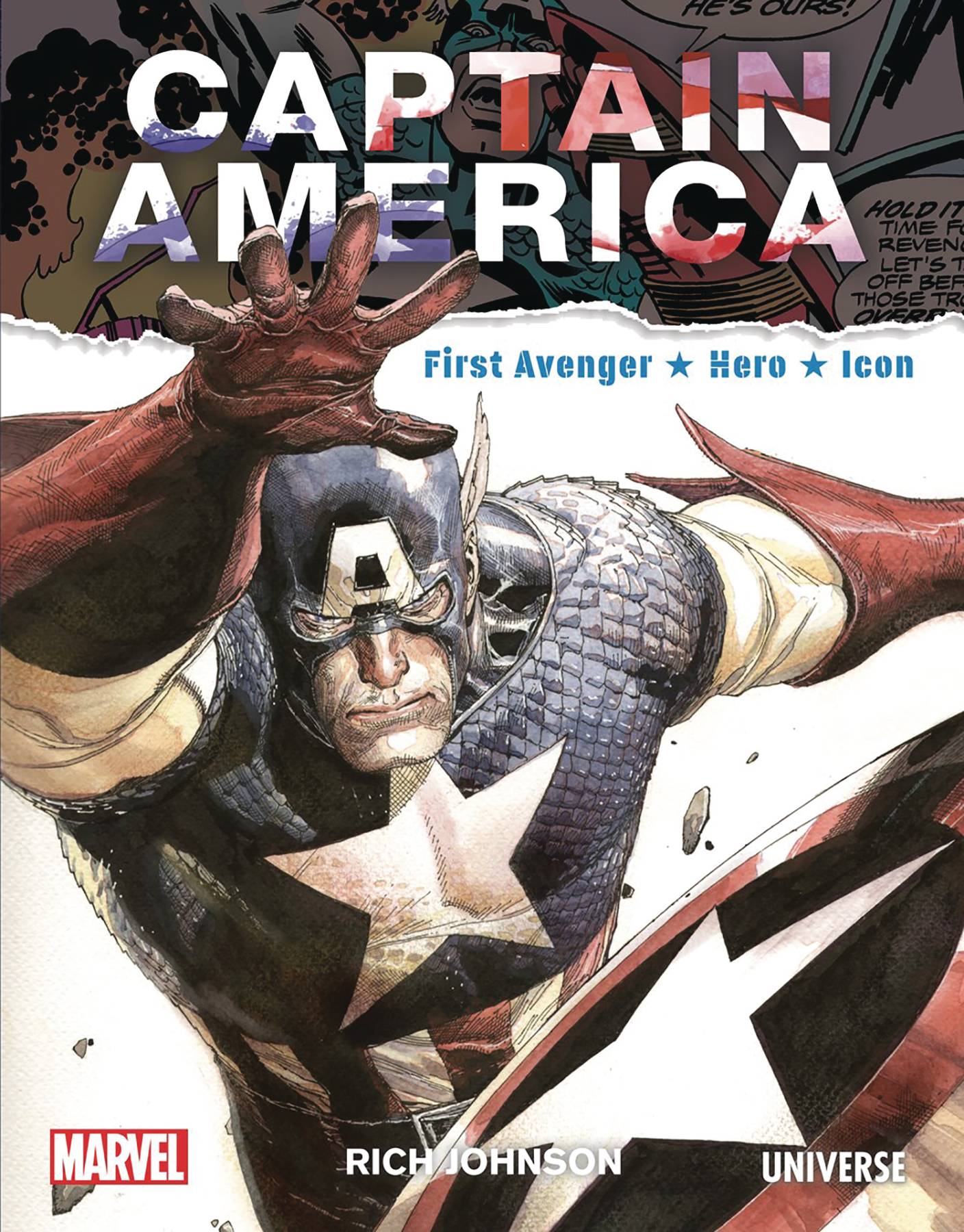 #
FEB221754
(W) Rich Johnson (A) VARIOUS
An engaging insider's celebration of Captain America's seminal comic book stories over the comic book's 80 year run, including all things Cap: his character's origin; various significant storylines over the decades; and his importance as a cultural icon in today's wildly popular superhero climate.

Captain America explores the phenomenon of one of Marvel Comics's most popular superheroes with the 30 most significant and influential Captain America stories and includes relevant spinoffs and ancillary comic book events. Framed by longtime comic book industry insider Rich Johnson, the story is told using countless comic book images, film stills, and story-boards: how Steve Rogers origin story as Cap began as a WWII hero and where his story took him further into the twentieth century and beyond; costume and character story changes over the decades; the influence of Captain America on all other comic book characters since Cap's inception; and how Captain America is even powerful and relevant in today's comic book (and superhero film) culture. The book contains more than 200 Captain America illustrations, including covers, interior comic art, and sketch treat-ments, beginning with his inception in the early 1940s to present-day treatments of the character. Captain America will appeal to the fans looking for a great place to start learning about Cap, to megafans, and to Marvel collectors alike.
In Shops: Apr 13, 2022
SRP: $50.00
ORDER WISH LIST