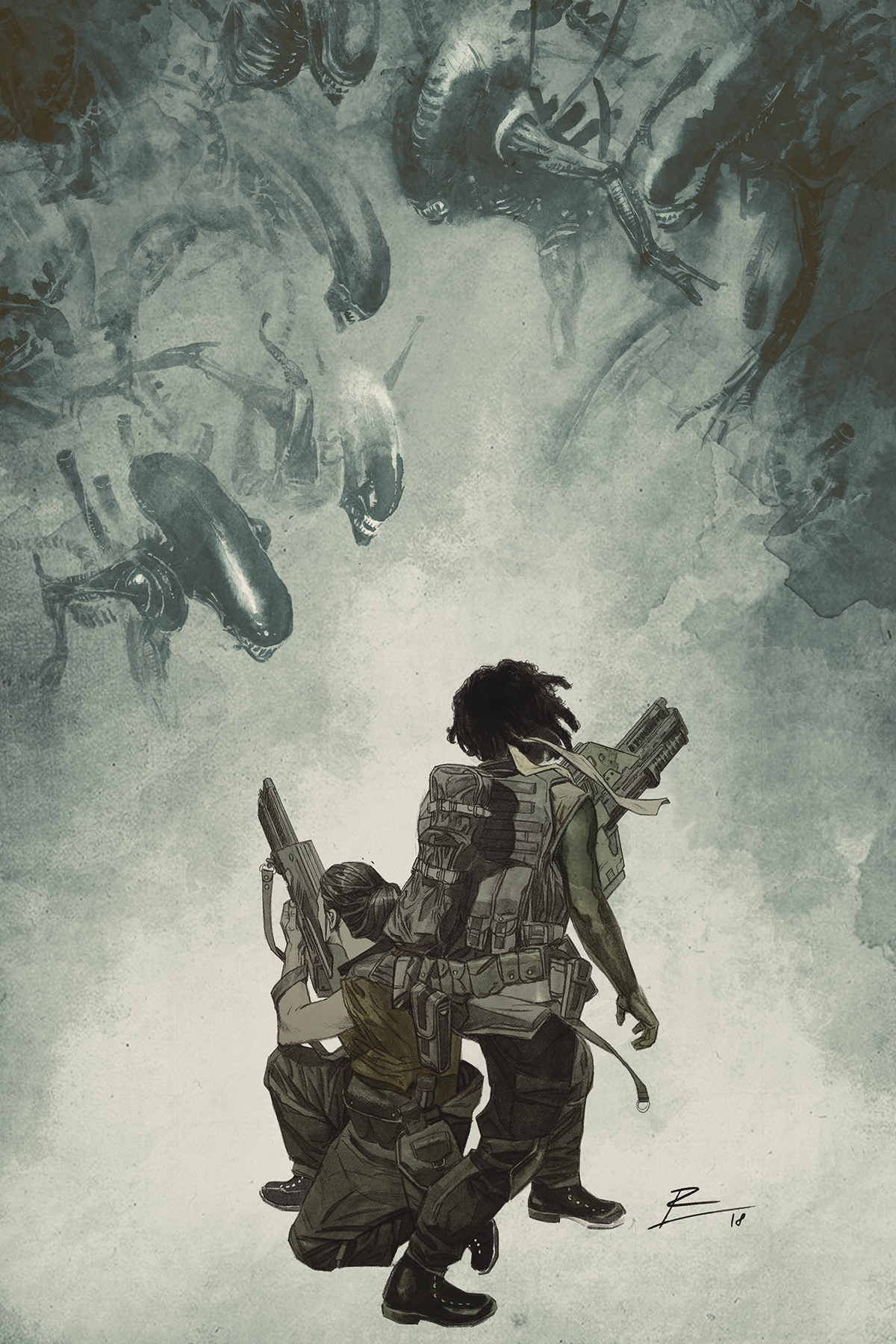 FEB190347
(W) Brian Wood (A) Robert Carey (CA) Roberto De La Torre
Amanda Ripley and Zula Hendricks are engaged in a desperate battle on the jungle moon, losing the fight against genetically modified Aliens and synthetics for survival.  One desperate, last-ditch, option remains, and the two women are forced to decide how much of a sacrifice they are willing to make.
In Shops: May 08, 2019
SRP: $3.99
View All Items In This Series