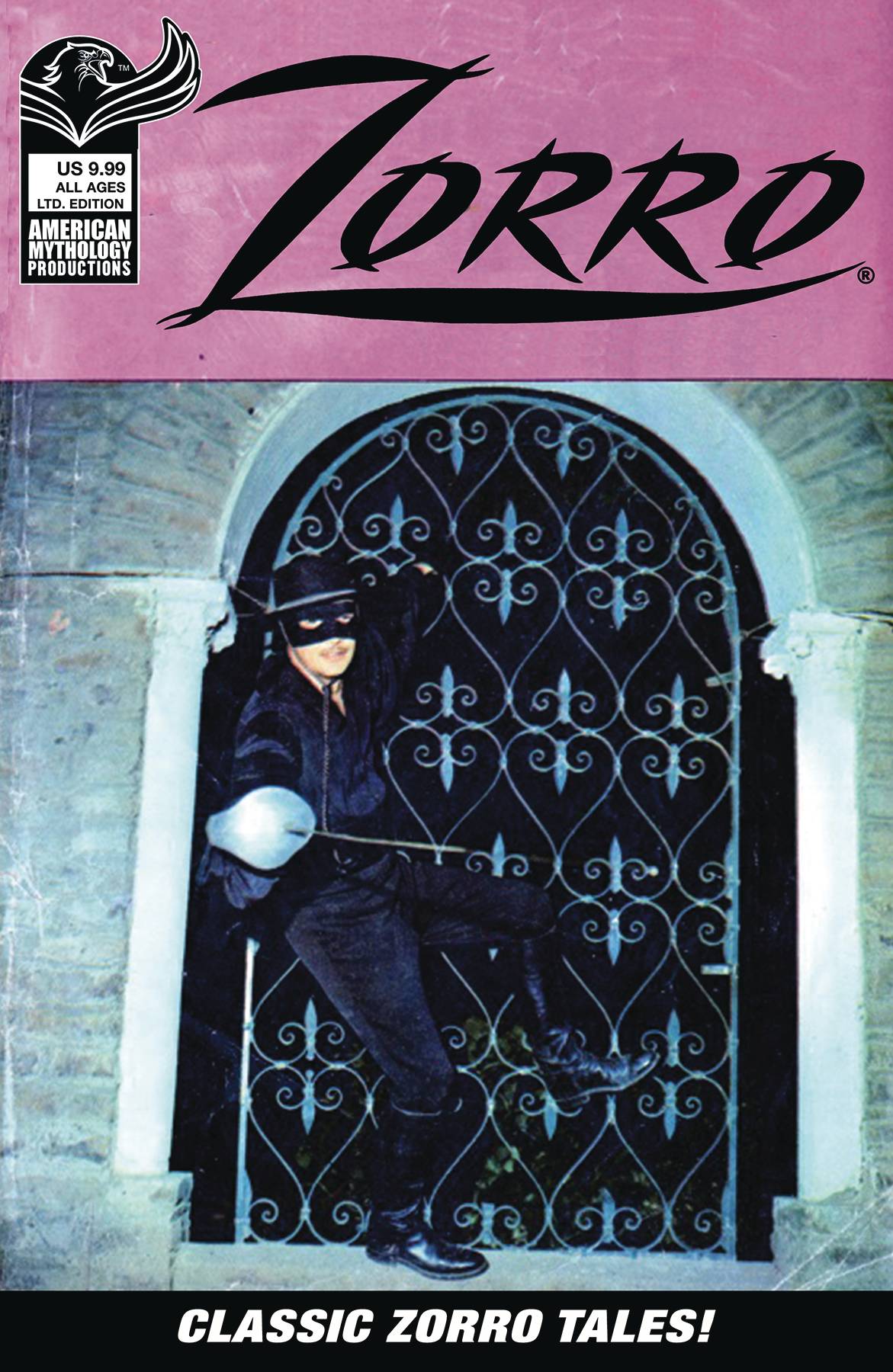 #
DEC211297
(W) Warren Tufts (A) Sparky Moore, Warren Tufts (CA) Photo
The historic first issue of Zorro's solo adventures published by Dell Comics was issue #8 way back in 1959!  This beautiful edition features a photo cover of the man synonymous with TV's rendition of Zorro - Guy Williams!  The first seven issues of Zorro were featured under Dell's Four Color series leading into this premiere issue!  We travel back to the golden age of television for these timeless tales of swashbuckling heroics.  This issue is packed with six sword swinging tales including "Pirate's Plunder", "The Wild Ones", "The Lost Treasure", "Garcia's Package", "The Making of a Mission", and "An Encounter With Bouchard".  The issue comes with two covers - Main photo and a 350 copy limited edition black & white exclusive Zorro photo cover!
In Shops: May 04, 2022
SRP: $9.99
View All Items In This Series
ORDER SUBSCRIBE WISH LIST