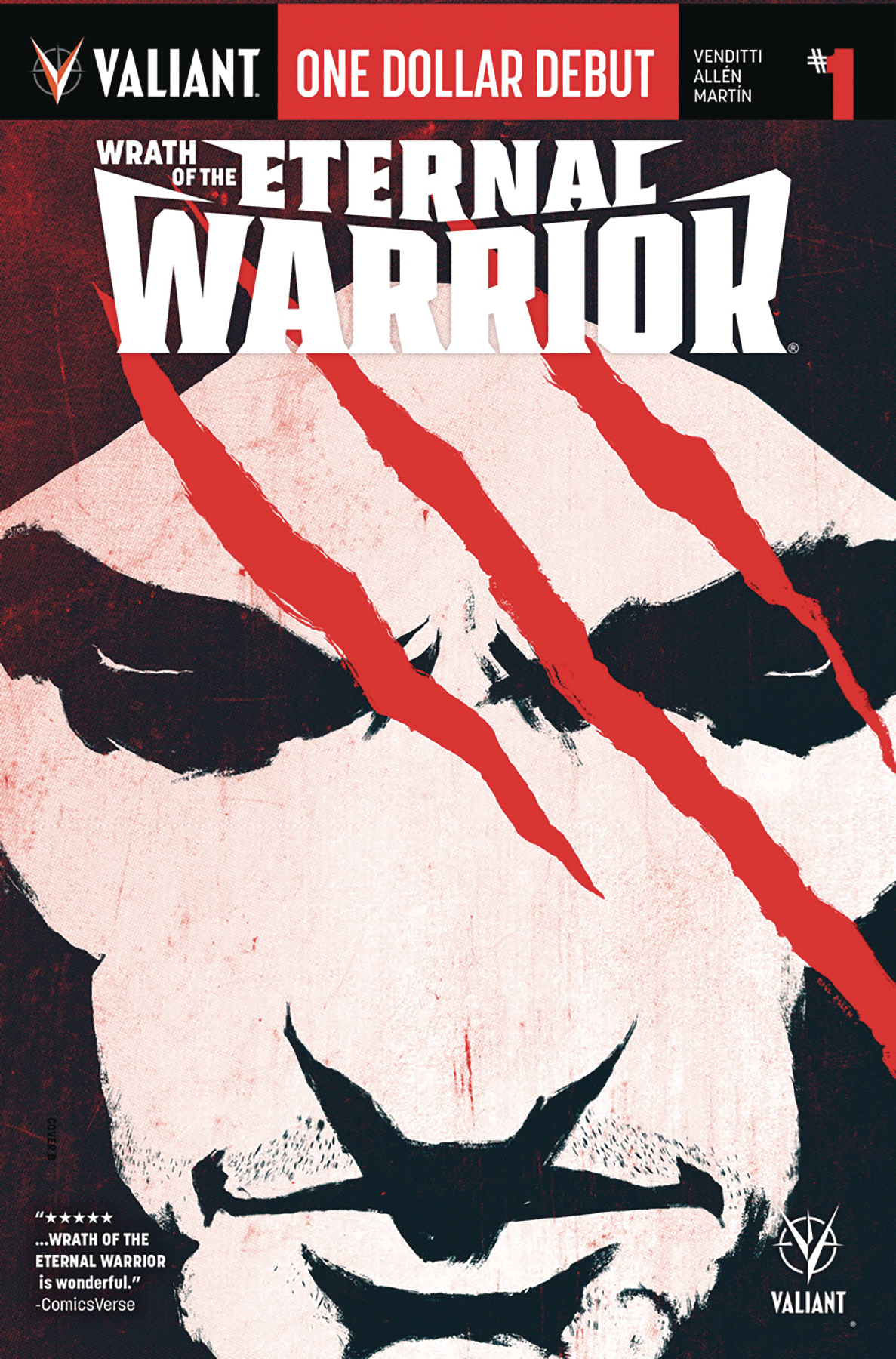 DEC182141
(W) Robert Venditti (A) Patricia Martin (A/CA) Raul Allen
Re-printing WRATH OF THE ETERNAL WARRIOR #1 (2015), a perfect primer to this month's debut of INCURSION - for just one dollar! New York Times best-selling writer Robert Venditti (BOOK OF
DEATH, X-O MANOWAR) and visionary artist Ra l Allén (NINJAK, Hawkeye) forge a new legend for Valiant's master of war in this first issue of this critically beloved ongoing series!
For five millennia, the Eternal Warrior has shaped history at the end of his sword. He's razed empires, toppled civilizations, and broken armies as an immortal soldier in service to the Earth.
But now, the Eternal Warrior has been torn from the world he once protected and finds himself stranded in a hostile alien landscape unlike any he's faced before. Separated from his earthly environs, can history's deadliest soldier survive a realm far older, far deadlier, and far more ruinous than anything he's ever encountered? Beyond Earth lies eternity...
In Shops: Feb 06, 2019
SRP: $1.00
View All Items In This Series