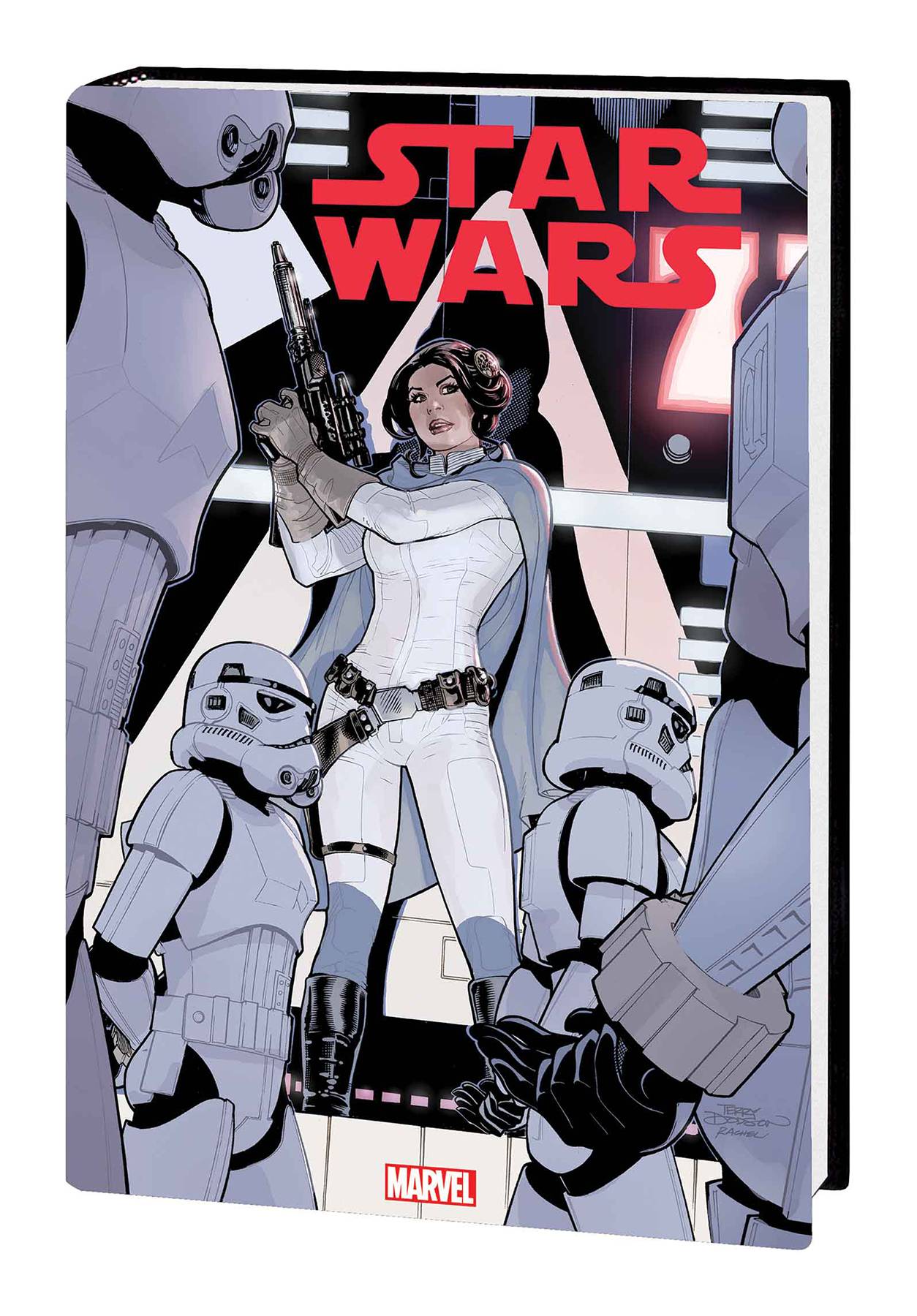 #
DEC161091
(W) Various (A) Various (CA) Terry Dodson
The adventures of Luke Skywalker and friends continue! The rebel crew is en route to a prison base with an important captive. Unluckily for them, they aren't the only ones with their eyes on this prize! Then, take a walk on the Dark Side with Sgt. Kreel and an elite group of Imperial soldiers aboard the Star Destroyer Harbinger! It's a nigh-indestructible weapon of war - and it's also the target of the rebels' new top-secret plan. Never afraid of defying the odds, Luke, Han and Leia are determined to make this the Harbinge's last flight. But Kreel and his SCAR Squad specialize in taking down rebels - hard! Plus: more entries from the journals of Obi-Wan Kenobi, including a showdown with the Wookiee bounty hunter Black Krrsantan! Collecting STAR WARS (2015) #15-25 and ANNUAL #1.
Rated T
In Shops: Jun 07, 2017
SRP: $34.99
View All Items In This Series
ORDER WISH LIST