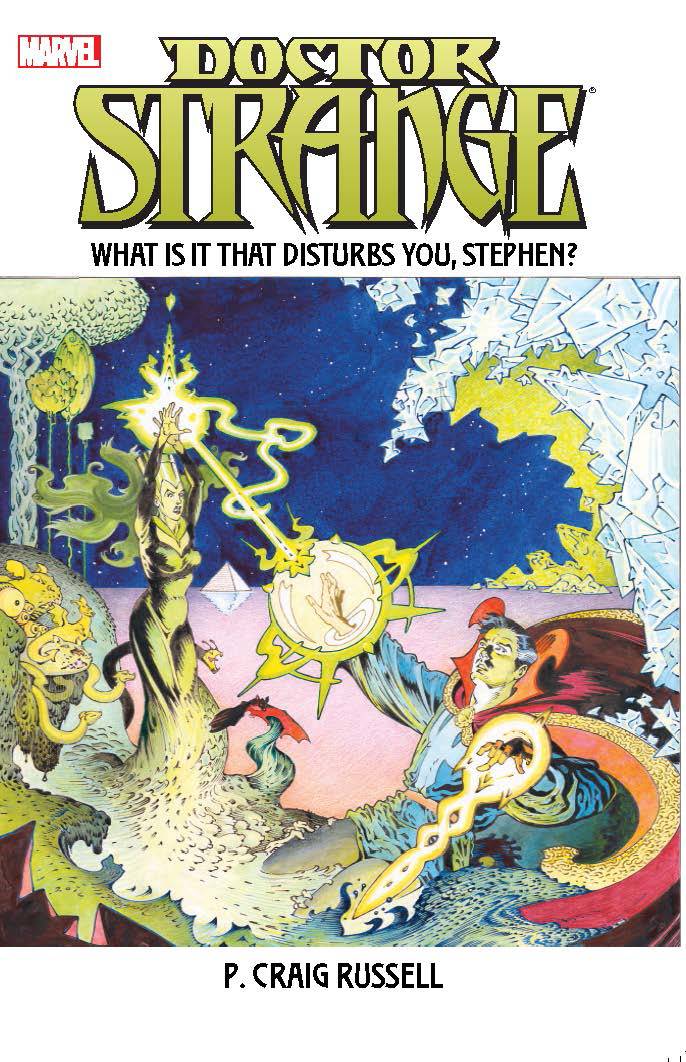 #
AUG161025
(W) Various (A) Various (CA) P. Craig Russell
Magical tales from a spellbinding artist! P. Craig Russell brings his distinctive style to Doctor Strange in an Eisner Award-winning tale decades in the making. It's a psychedelic story of sorcerous seduction that will take you from the arcane shadows of the Sanctum Sanctorum to the dizzying spires of the mystical city of Ditkopolis! The Master of the Mystic Arts puts Clea to the test, faces a challenge to his title as Sorcerer Supreme and battles a hoary host of foes. Plus: Russell turns his attention to (Scarlet) witchcraft and other chilling mysteries! Collecting DOCTOR STRANGE: WHAT IS IT THAT DISTURBS YOU, STEPHEN?; DOCTOR STRANGE ANNUAL #1; MARVEL PREMIERE #7; and DOCTOR STRANGE (1974) #34 - plus material from DOCTOR STRANGE (1974) #46; MARVEL FANFARE (1982) #5, #6 and #8; CHAMBER OF CHILLS #1-2; and JOURNEY INTO MYSTERY (1972) #4.
Rated T+
In Shops: Oct 26, 2016
SRP: $29.99