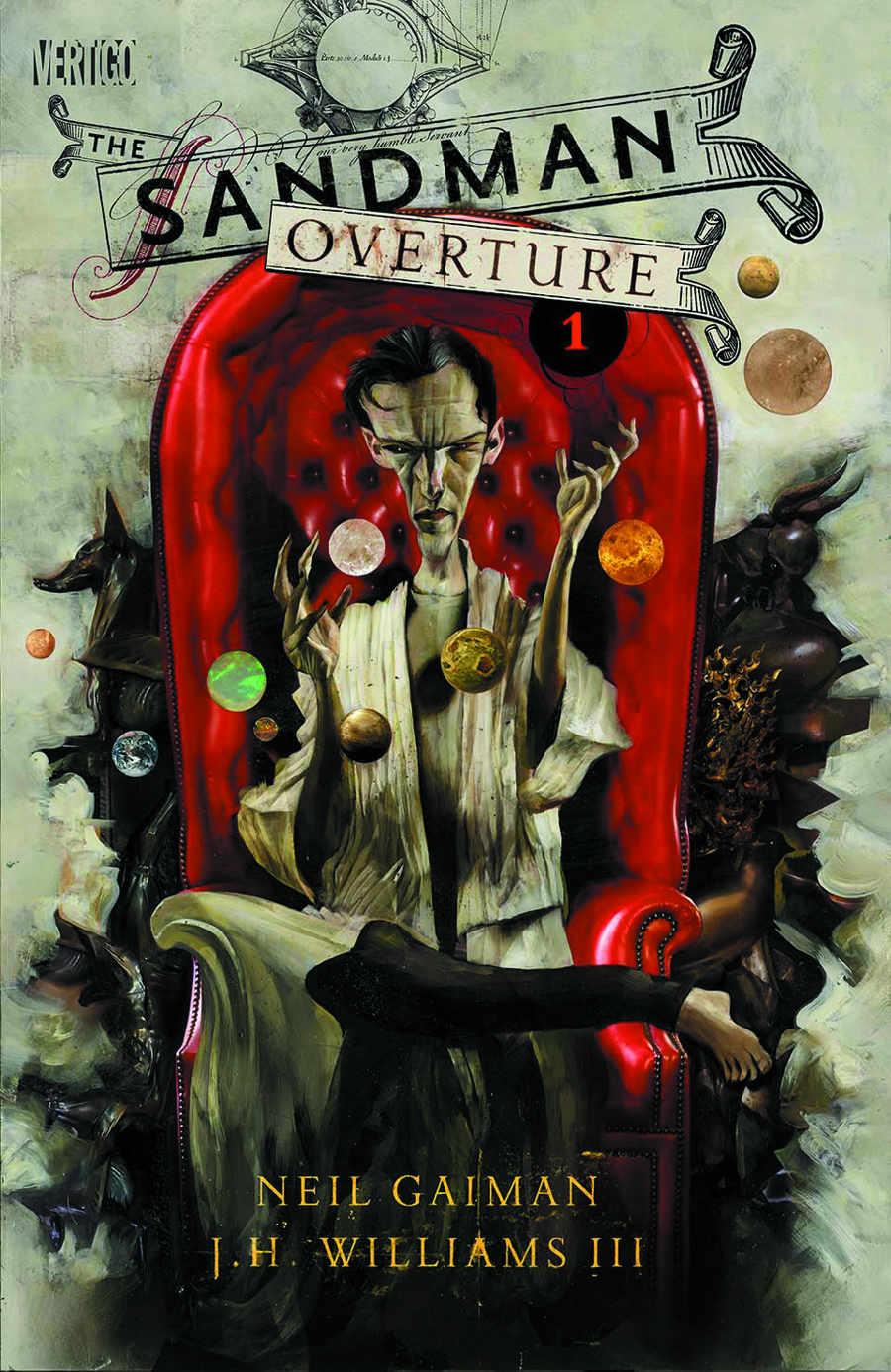 AUG130326
(W) Neil Gaiman (A) J. H. Williams (CA) Dave McKean
Twenty-five years since THE SANDMAN changed the landscape of modern comics, Neil Gaiman's legendary series is back!
THE SANDMAN: OVERTURE heralds New York Times best-selling writer Neil Gaiman's return to the art form that made him famous, ably abetted by artistic luminary JH Williams III (BATWOMAN, PROMETHEA), whose lush, widescreen images provide an epic scope to The Sandman's origin story. From the birth of a galaxy to the moment that Morpheus is captured, THE SANDMAN: OVERTURE will feature cameo appearances by fan-favorite characters such as The Corinthian, Merv Pumpkinhead and, of course, the Dream King's siblings: Death, Desire, Despair, Delirium, Destruction and Destiny.
"People have often asked me what happened to Morpheus to make it possible for him to be captured in THE SANDMAN #1," Gaiman said. "And now they get to find out. And finding out, they get to learn secrets of the Endless that I've kept to myself for 25 years. Family secrets. And I should warn you: one of the Endless dies on page five."
The first issue of this 6-issue, bimonthly miniseries features a stunning double-page interior foldout.
In Shops: Oct 30, 2013
SRP: $4.99
View All Items In This Series
ORDER WISH LIST