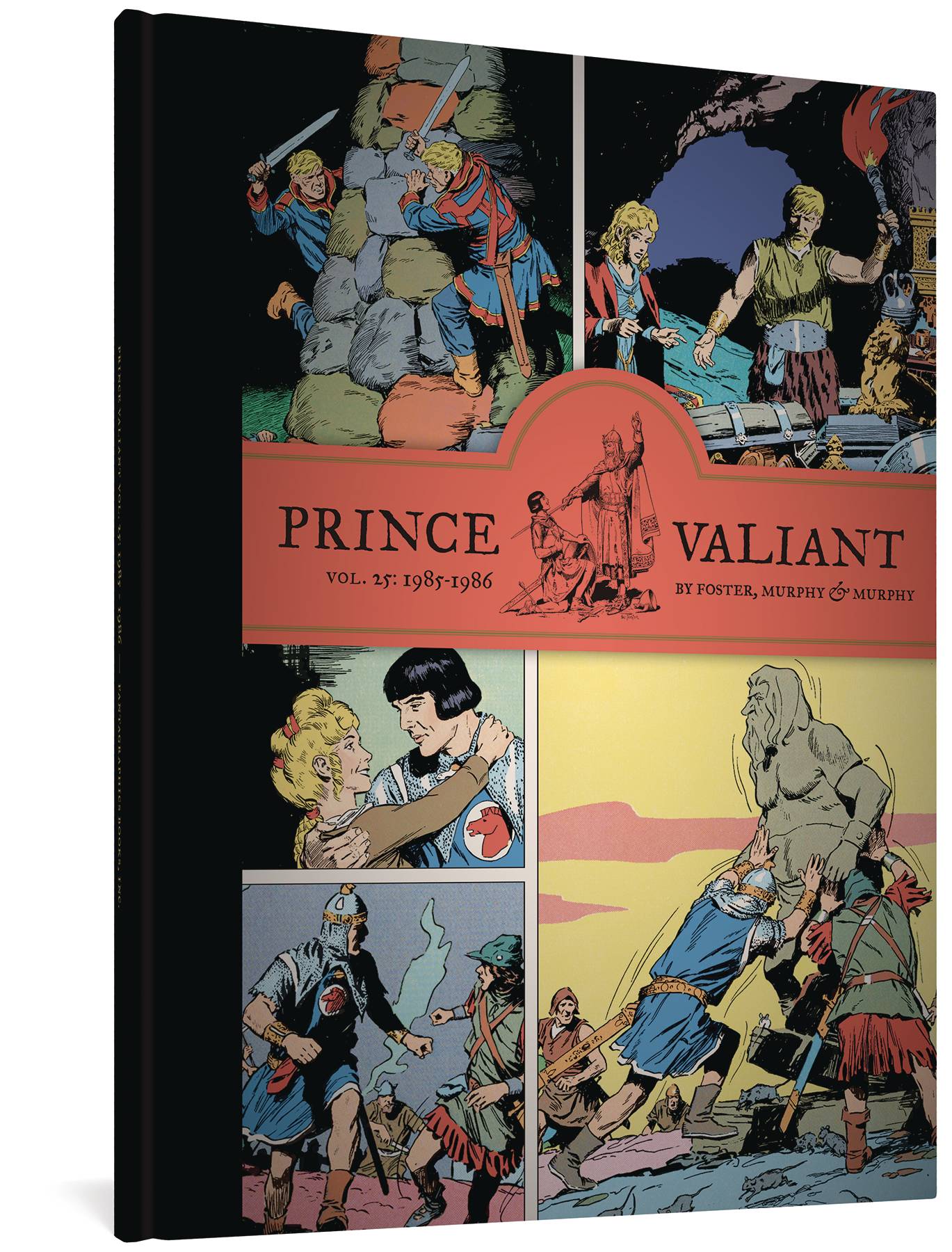 #
APR221476
(W) Harold Foster (A) John Cullen Murphy, Cullen Murphy
Fantagraphics is proud to present the 25th volume
of one of the most enduring comic strips, based on
Arthurian legend, ever created.
As this latest collection begins, Val and Arn are in Lappland, where
they get involved with two twin brothers' struggle over succession.
Arn consults a mystical hermit about whether his destiny intertwines
with Maeve's, the daughter of an archenemy. With the sinister Mordred
in control of Camelot, Val and Aleta seek to raise an army; this goal
requires Val to capture a notorious outlaw, battle a troll, and find a
hidden treasure. Arthur's forces come together at High Cross, and he
wages an epic battle for the fate of Camelot, during which Arn becomes
a knight of the round table. Also included, Prince Valiant writer Cullen
Murphy and colorist Meg Murphy pay tribute to their mother, Joan,
model for Aleta and other female characters for their father.
In Shops: Sep 14, 2022
SRP: $39.99
View All Items In This Series
ORDER SUBSCRIBE WISH LIST