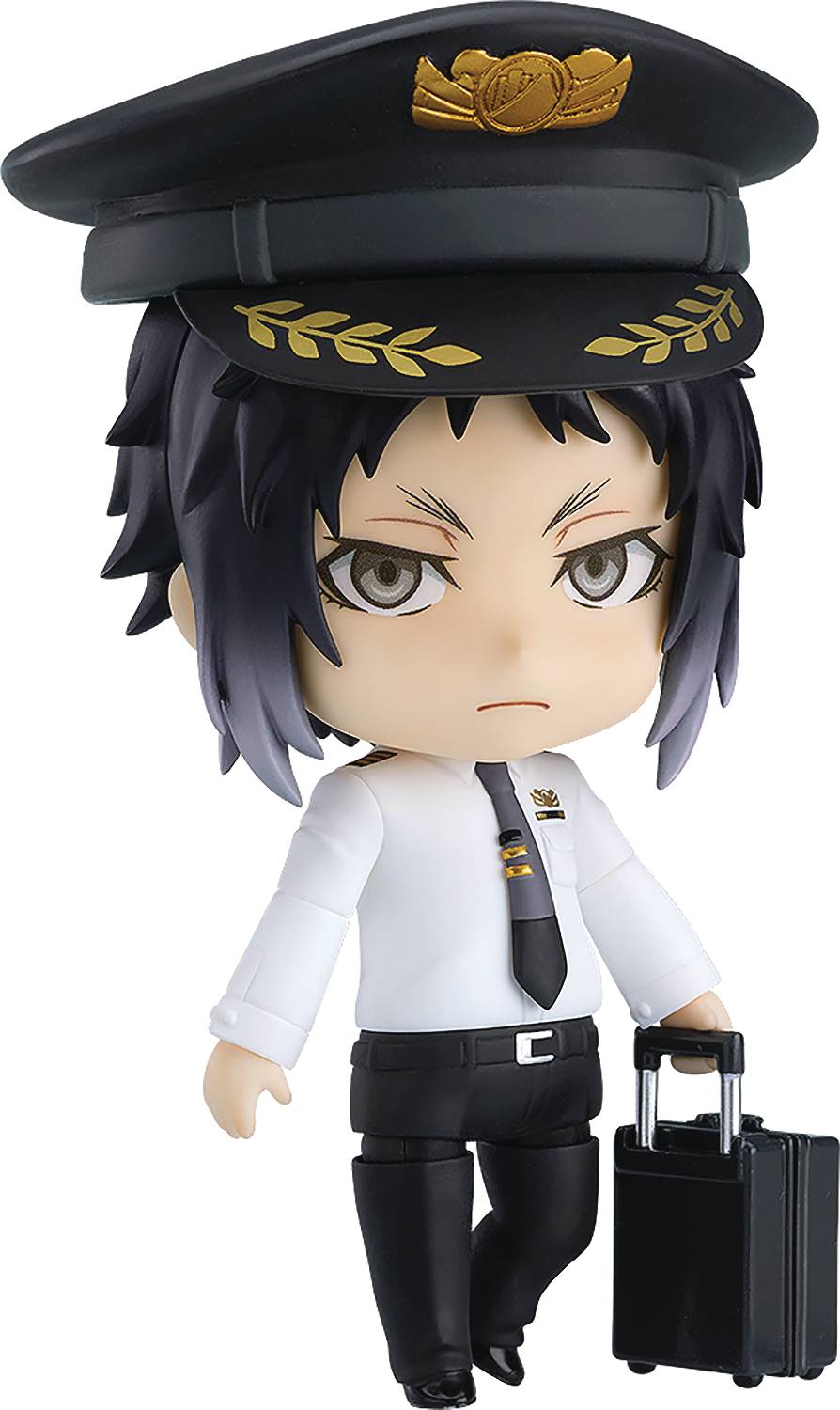 # #
APR208502
From Orange Rouge. A pilot version of Ryunosuke Akutagawa made in collaboration with the Narita Anime Deck! From character designer Nobuhiro Arai's series of Bungo Stray Dogs: Airport Ver. illustrations made in a collaboration with Bungo Stray Dogs and the Narita Anime Deck comes a series of new Airport Ver. Nendoroids! Ryunosuke Akutagawa has been recreated as an adorable Nendoroid in a pilot's outfit! He comes with two face plates: a standard expression and a thinking expression. In addition to his removable pilot's hat, a smaller pilot's hat that he can be posed holding is also included. A carry-on suitcase part and newspaper are also included along with various other parts for creating all kinds of poses.