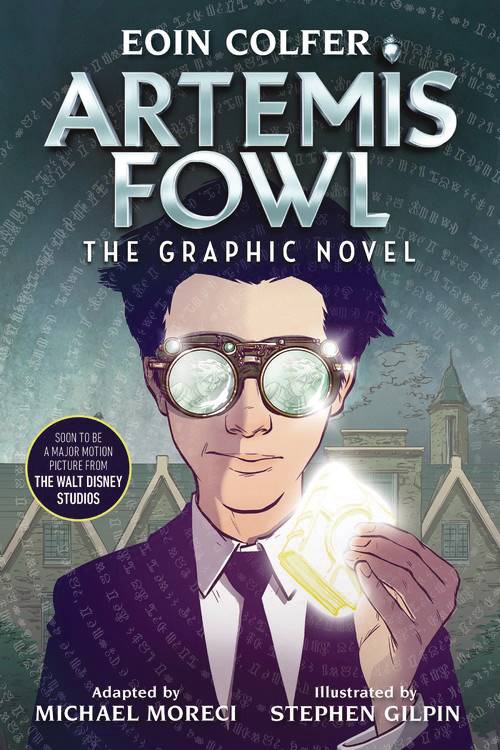 #
APR191641
(W) Eoin Colfer, Michael Moreci (A) Stephen Gilpin
In 2001, audiences first met and fell in love with a twelve-year-old criminal mastermind named Artemis Fowl. Since then, the eight-book series about his adventures has sold over twenty-five million copies throughout the world. To coincide with the major motion picture coming from the Walt Disney Studios in August 2019, here is an all-new graphic novel adaptation of the book with crisp, accessible storytelling and clear, cinematic perspectives. Readers of all ages can now follow the siege at Fowl Manor between Artemis and the fairies in action-packed, full-color panels.
In Shops: Jun 26, 2019
SRP: $12.99