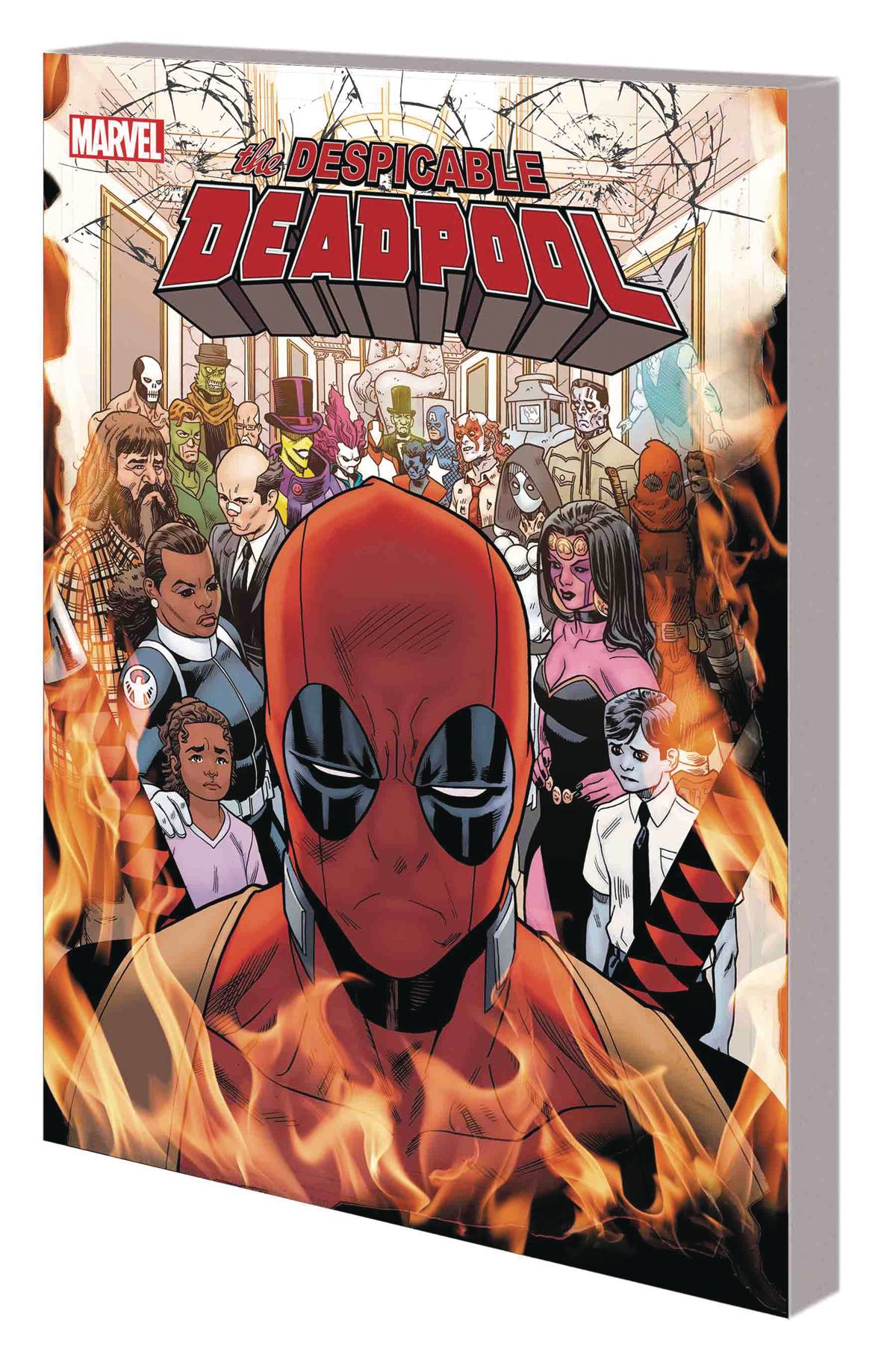 #
APR180865
(W) Gerry Duggan (A) Matteo Lolli, Scott Koblish (A/CA) Mike Hawthorne
Deadpool has killed the Marvel Universe - more than once. Now it's time for the MU to return the favor. With a $20 million bounty on Wade Wilson's head, every no-good dirtbag in the game is gonna be gunning for him. But after the year he's had? That's just the way he wants it. Soon it won't just be enemies after him, but everyone. And self-deprecation, self-defeat and self-destruction all combine as Deadpool dives deeper and deeper into despicability. He's gone from criminal to outcast to celebrity and back to criminal, but now every bad decision he's ever made along the way is going to come back to haunt him as Captain America leads the biggest heroes of the Marvel Universe to take him down. Hard. Be there for the end of an era! Collecting DESPICABLE DEADPOOL #297-300.
Parental Advisory
In Shops: Jul 11, 2018
SRP: $17.99
View All Items In This Series
ORDER WISH LIST