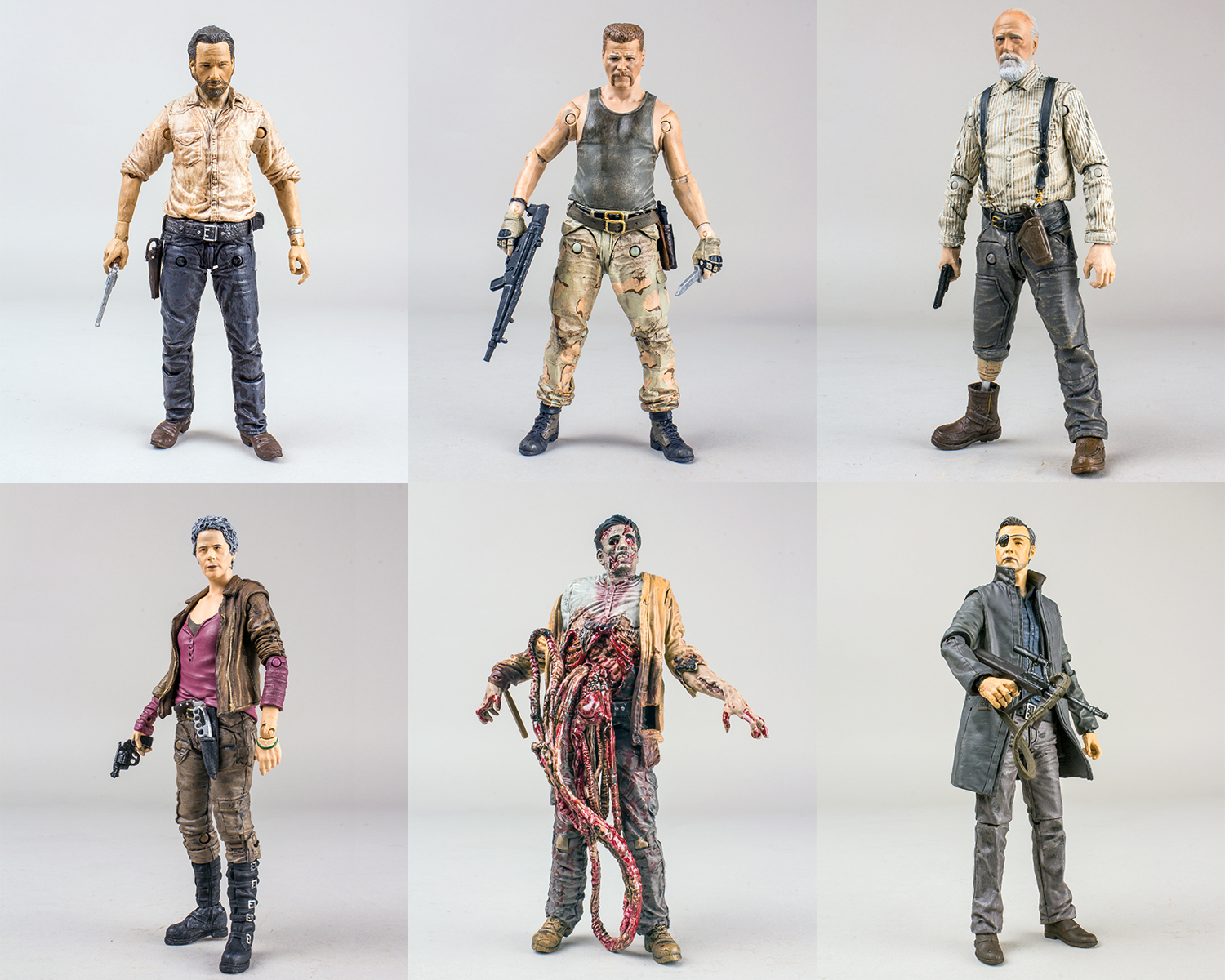 APR148174
McFarlane Toys is "walking" back into toy aisles with the sixth series of action figures based on AMC's The Walking Dead© television series. So shut off the lights, turn on your fish tank full of walker heads, and take a look at the next series of AMC's The Walking Dead TV action figures! Choose from Rick Grimes (with revolver, suppressed pistol, machete, D-rings & hoe), Michonne (with fish tank & two heads), Abraham Ford (with pistol, SMG & combat knife), Hershel Greene (with crutches, alternate amputated & prosthetic legs and alternate head with bandana), Carol Peletier (with knuckle knife, "story time" knife set and a gas can), Bungee Guts Walker (which can stand or hang  by removable intestines), The Governor with Long Coat (with eye patch head, bandaged head and automatic rifle) and RV Zombie, each with 22 points of articulation.
In Shops: Jan 07, 2015
SRP: PI
ORDER WISH LIST