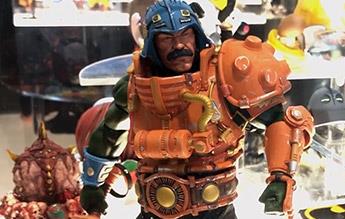 Check out some new toys that will be in the PREVIEWS catalog and at your local comic shop in 2020! The toys were on display at the Diamond Comic Distributors booth at Toy Fair 2020!