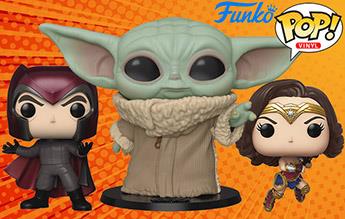 This week on Wednesday, August 12th, comic shops will be getting an huge influx of new Funko POP Figures from all corners of pop culture! Click to see what you will be able to pick up or order at your store this week!