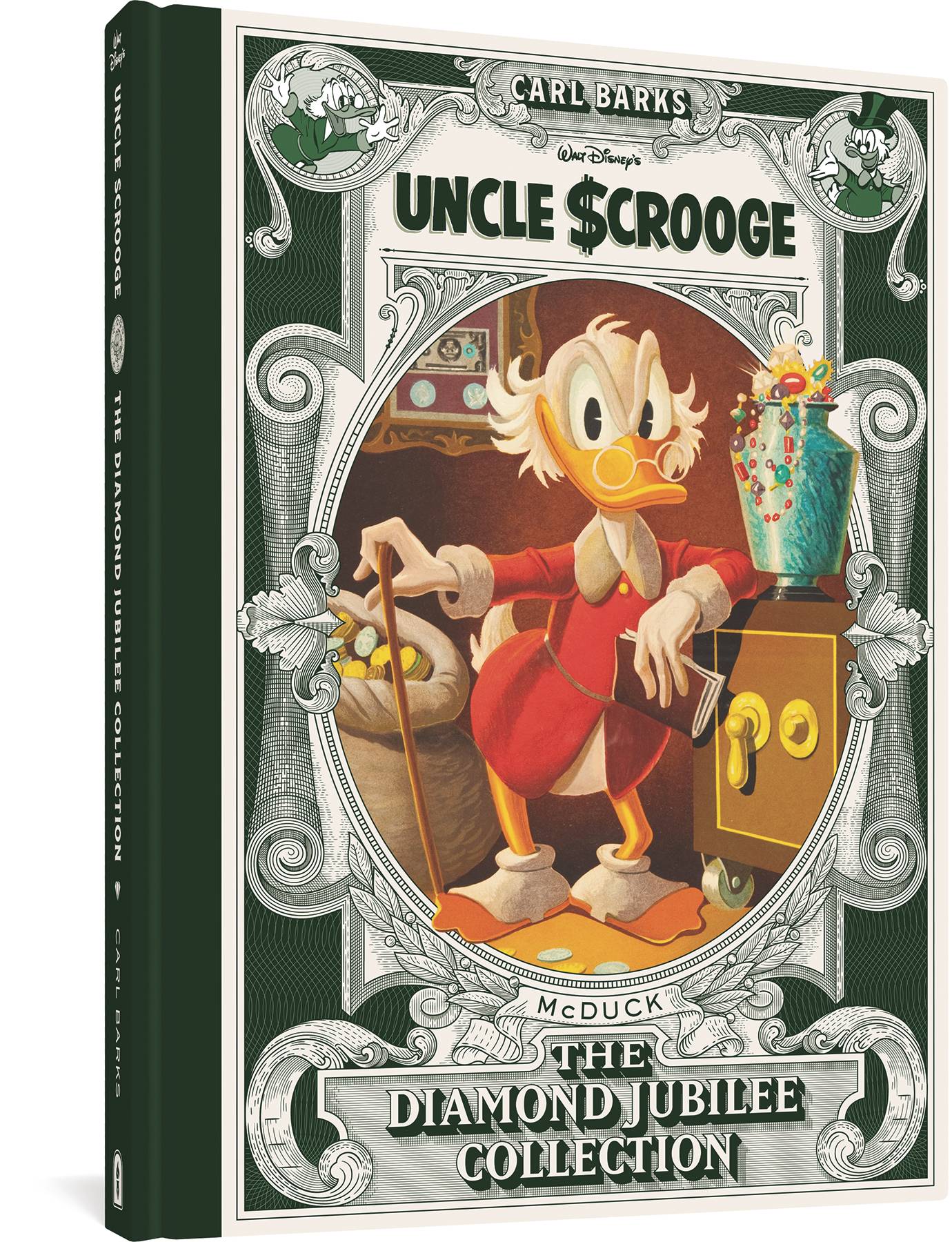 #
SEP221603
(W) Carl Barks (A/CA) Carl Barks
In honor of the 75th anniversary of the Scrooge McDuck character: a Money Bin-size collection of the greatest Scrooge epics by his creator, Disney Legend Carl Barks! He's tougher than the toughest and smarter than the smartest... he's Uncle Scrooge McDuck, Duckburg's most adventurous tycoon! November 2022 marks 75 years since Disney Legend Carl Barks scribed Scrooge's debut. Now Fantagraphics celebrates with a king-size collectors' edition: more than 300 pages of Barks's finest McDuck tales! From Scrooge's deep-down discovery of "The Secret of Atlantis'' to his weather war with Magica De Spell in "For Old Dime's Sake," from the Beagle Boys' "Giant Robot Robbers'' to a "North of the Yukon" showdown with Soapy Slick - Scrooge, Donald Duck, and Huey, Dewey, and Louie dive into one legendary quest after the next! As icing on the anniversary cake, these Barks epics are supported by covers, posters, and paintings from Don Rosa, Daan Jippes, and other beloved modern Disney comics talents.
In Shops: Nov 30, 2022
SRP: $100.00
ORDER WISH LIST