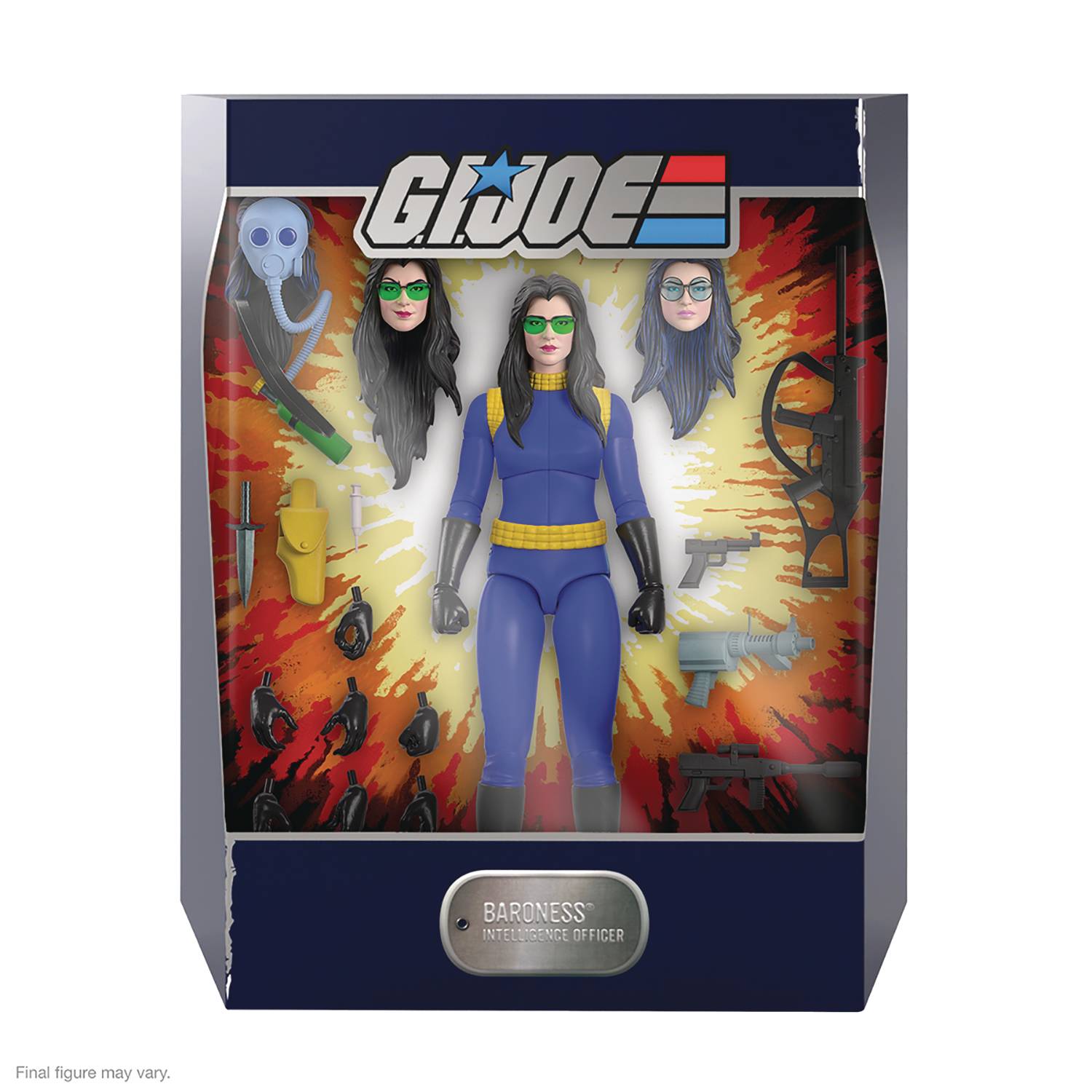 # # # #
SEP218358
From Super7. Baroness is the femme fatale Cobra Intelligence Officer who can either bring Cobra Commander and Destro together to take over the world or tear them apart and dash their plans for global domination! This made-to-order 7" scale fully articulated G.I. Joe ULTIMATES! figure of Baroness comes with interchangeable heads and hands as well as a variety of other accessories, including weapons from both the comic and animated cartoon series. They say that knowing is half the battle, but you already know that you want this Baroness figure, so there's no need to battle against your urge to add it to your collection. Order your G.I. Joe ULTIMATES! figure of Baroness before it's too late!