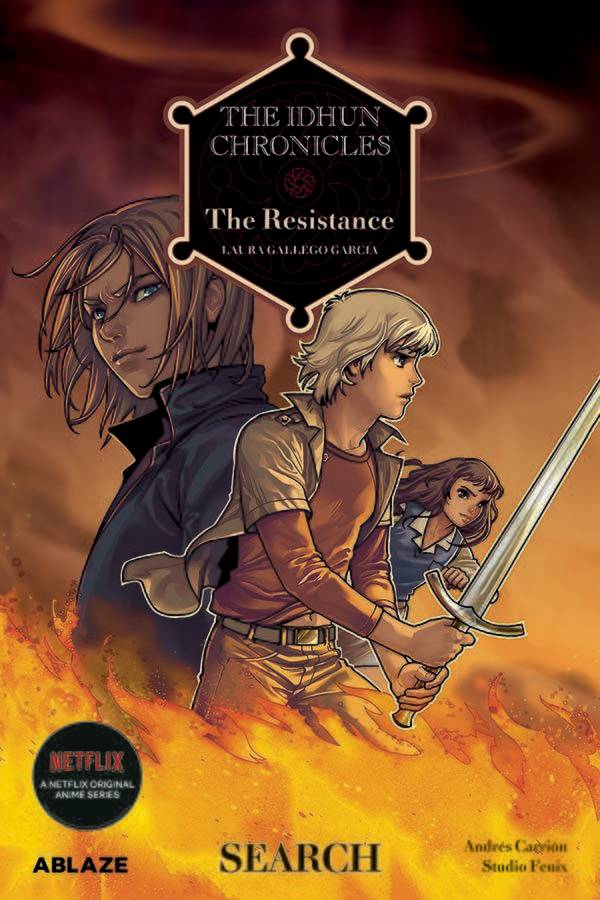 #
SEP211133
(W) Laura Gallego, Andr?s Carri?n Moratinos (A/CA) Studio Fenix
Experience the hit anime Netflix show as a graphic novel series!
A boy suddenly orphaned fights his parents' killer to save a planet and discovers a new world of danger...and wonder.
Jack, a teenager from Earth, has a dire premonition: something is wrong. However, he cannot imagine the change he will experience in his life when he gets back home. There he finds his parents have died and is transported by two mysterious strangers to a magical world. Together with Victoria, a girl he has just met, he will start a fight of unexpected proportions. Their fate will be inexorably linked to the Resistance, a small group fighting for the freedom of a world called Idh n. Will he be able to restore the lost peace?
A story that mixes adventure, magic and love, and which shows values such as overcoming difficulties, courage and unconditional friendship.
In Shops: Apr 06, 2022
SRP: $12.99
View All Items In This Series