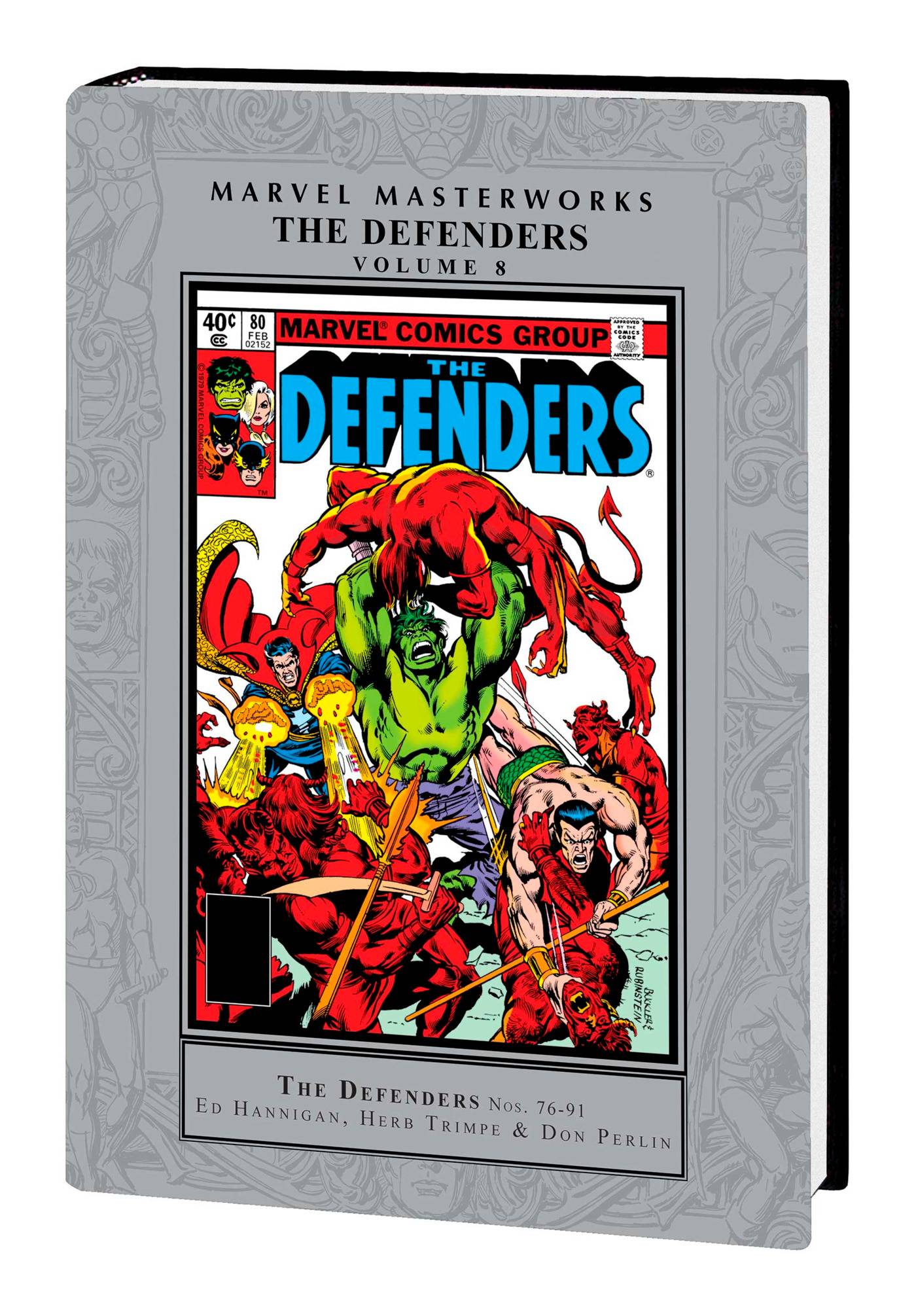 #
SEP211049
(W) Ed Hannigan, More (A) Don Perlin, More (CA) Rich Buckler
One of the most offbeat storylines of the '70s is completed: At last...the Omega Saga! Then, prepare for the return of the original Defenders! Hulk, Doctor Strange and Sub-Mariner journey to Tunnelworld, a secret realm ravaged by war. Led by the winged Aeroika, the trio prepares for battle against the Unnamable - but one of their own has already been compromised! Meanwhile, the ladies of the Defenders have things handled with Fem-Force and Mutant Force - until the Mandrill makes the scene! Nighthawk is in trouble with the FBI, while Patsy Walker's life is turned upside down by tragedy. Plus: Atlanteans have stolen Wakandan tech, and Black Panther is not going to put up with that! It's Namor vs. T'Challa in a battle royal! Collecting DEFENDERS (1972) #76-91 and TALES TO ASTONISH (1979) #13.
Rated T
In Shops: Apr 13, 2022
SRP: $75.00
View All Items In This Series
ORDER SUBSCRIBE WISH LIST