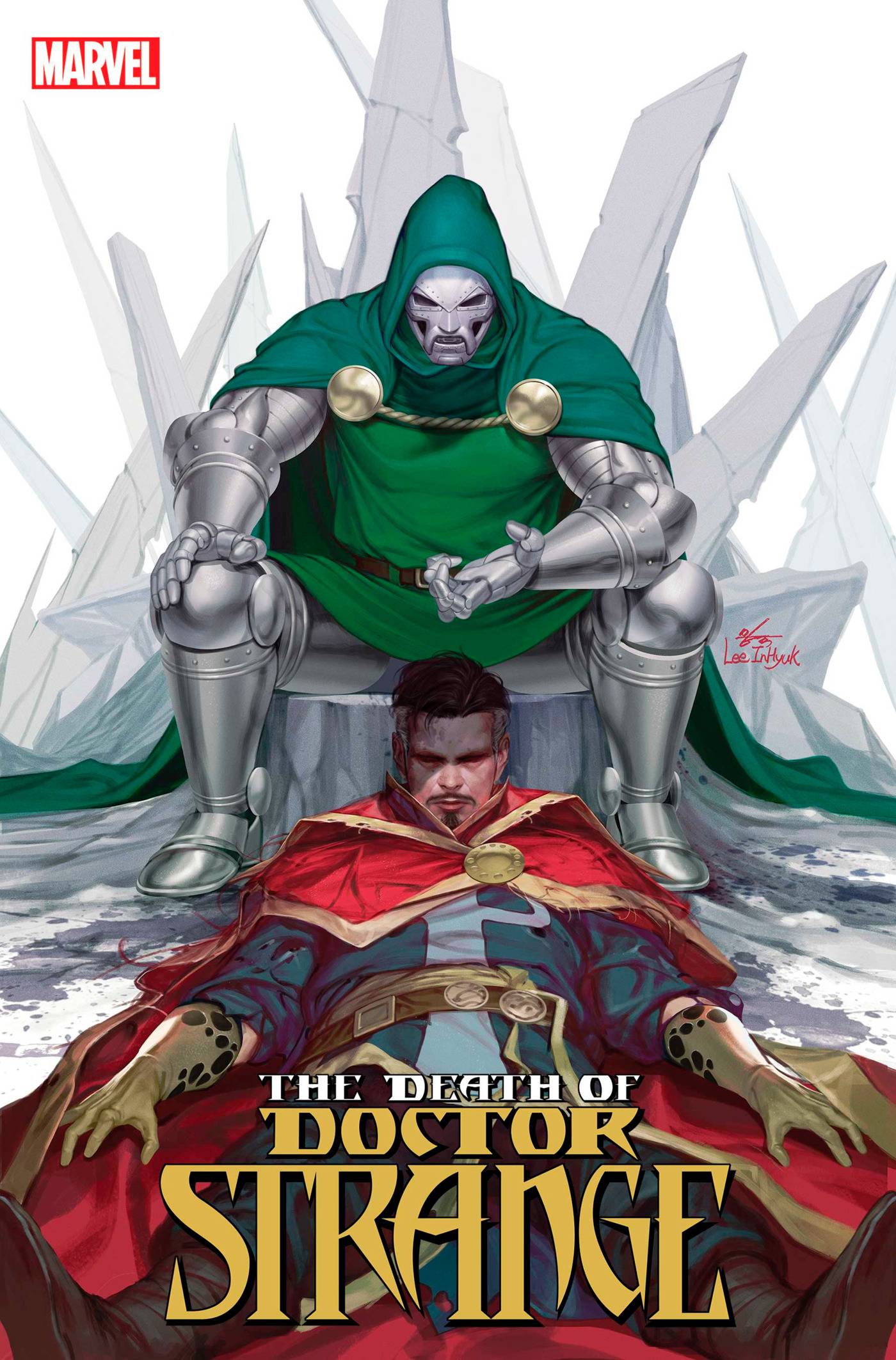 #
SEP210855
(W) Jed MacKay (A) Lee Garbett (CA) Inhyuk Lee
MEET THE THREE MOTHERS!
With no Sorcerer Supreme, Earth is left entirely defenseless against the mother - MOTHERS - of all mystical threats. Meet the Three Mothers: the Wyrd, an alien mage-priestess; the Crown, a powerful warrior-queen; and the Crawling, a monstress composed of acid-mouthed worms. Will they be the Marvel Universe's undoing? And were they the ones who killed Stephen Strange?! In the vein of the Black Order, don't miss the first appearances of the next great Marvel villain team!
RATED T+
In Shops: Nov 17, 2021
SRP: $3.99
View All Items In This Series
ORDER SUBSCRIBE WISH LIST