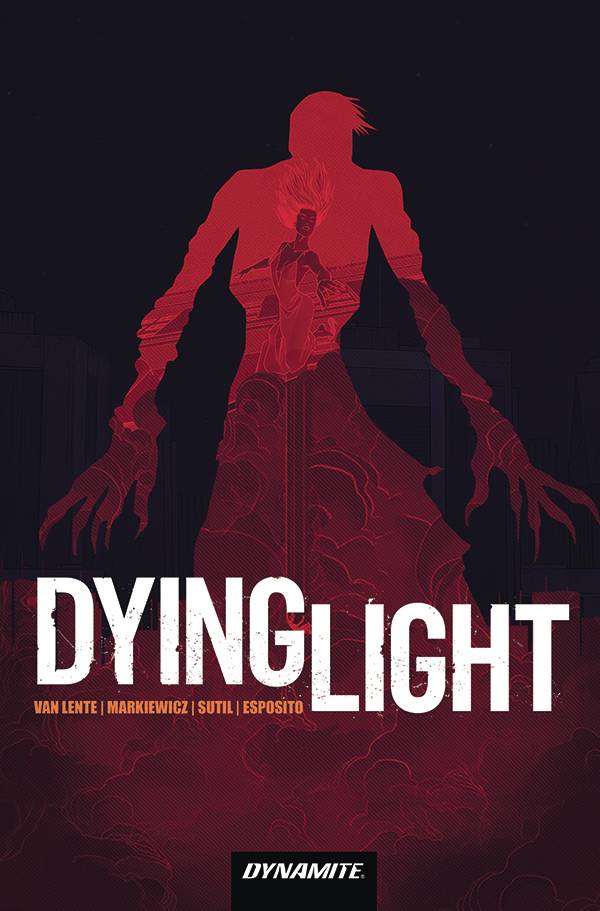 #
SEP210556
(W) Fred Van Lente (A/CA) Adam Markiewicz
With a lengthy original graphic novel tale serving as a prequel to Dying Light 2 and bonus behind the scenes content from the smash hit video game, Dying Light: Night Generation is an essential companion for fans of the franchise.

Set right before the start of the new game, and 15 years following the events of Dying Light, the story stars orphans Daud and Aisha. They were just children when the Harran Virus outbreak struck the world, and have known nothing other than the plague for their entire lives. Evacuated and found by Berg, they were trained to become Night Runners, to work together and steal for him as his influence grows among the Survivors. Reaching young adulthood, Daud and Aisha are finally sick of living under his thumb, hatching plans to run away together. When the secrets are discovered, Berg sells off Aisha to a rival. Forcing Daud on a harrowing journey to rescue his love, through the deadly Volatiles and utilizing the game's signature parkour.

Writer Fred Van Lente is the perfect match for this official story, having penned hit comics such as Marvel Zombies and DIE!namite, joined by artist Adam Markiewicz. As they chronicle a thrilling and touching tale within the world that 17 million players have run, jumped, and fought their way through.
In Shops: Sep 21, 2022
SRP: $19.99
ORDER WISH LIST