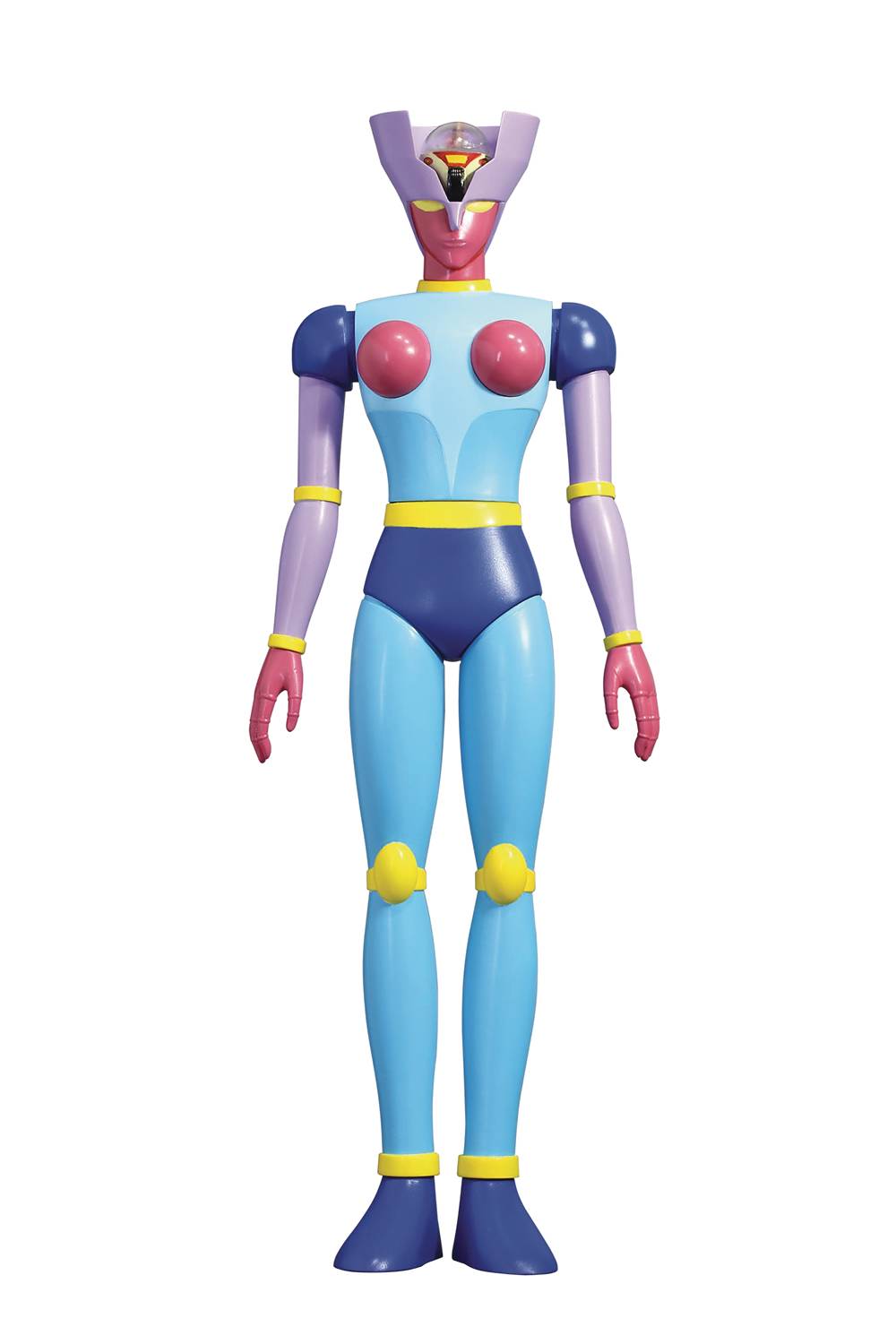 # # # #
SEP208850
From Evolution Toys. Evolution Toy brings us their next Grand Sofvi Bigsize Model from Mazinger Z - the female robot Diana A! Not only does she feature an impeccable size, but she's also made in the same size as the GABM series' Mazinger Z and the GSBM series' Boss Borot and Afrodai A so you can display them together. The Scarlet Machine has been formed to the head to create the cockpit and pilot. Her bow also makes an appearance!