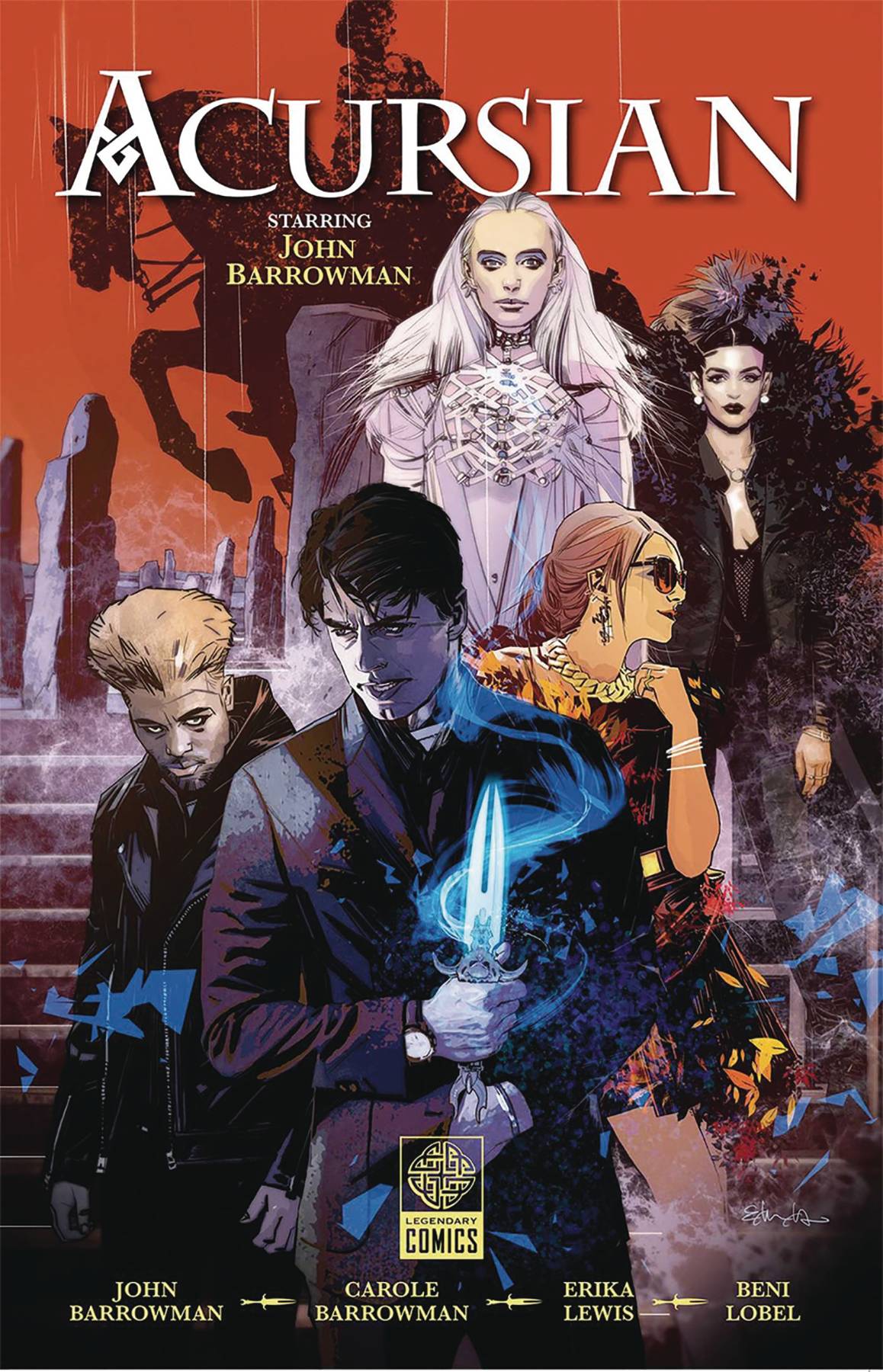 #
SEP208684
(W) Erika Lewis, Carol Barrowman, John Barrowman (A) Beni Lobel
Starring John Barrowman, Acursian is a time-traveling magical journey set between 1745 and present day that follows Charlie Stewart, a dislikeable lawyer whose bloodline is cursed by the Gods after Charlie's ancestor, Prince Charles Edward Stewart, makes a deal with Bregon, the god of war. The exchange quickly backfires with Bregon stealing three talismans from his sisters, the goddesses of fate and time, and a battle soon ensues. Until the talismans are returned, the three sisters can no longer control fate and time, and Charles Edward Stewart and his descendants are cursed to lose everything on their 40th birthdays.
In Shops: Dec 02, 2020
SRP: $17.99