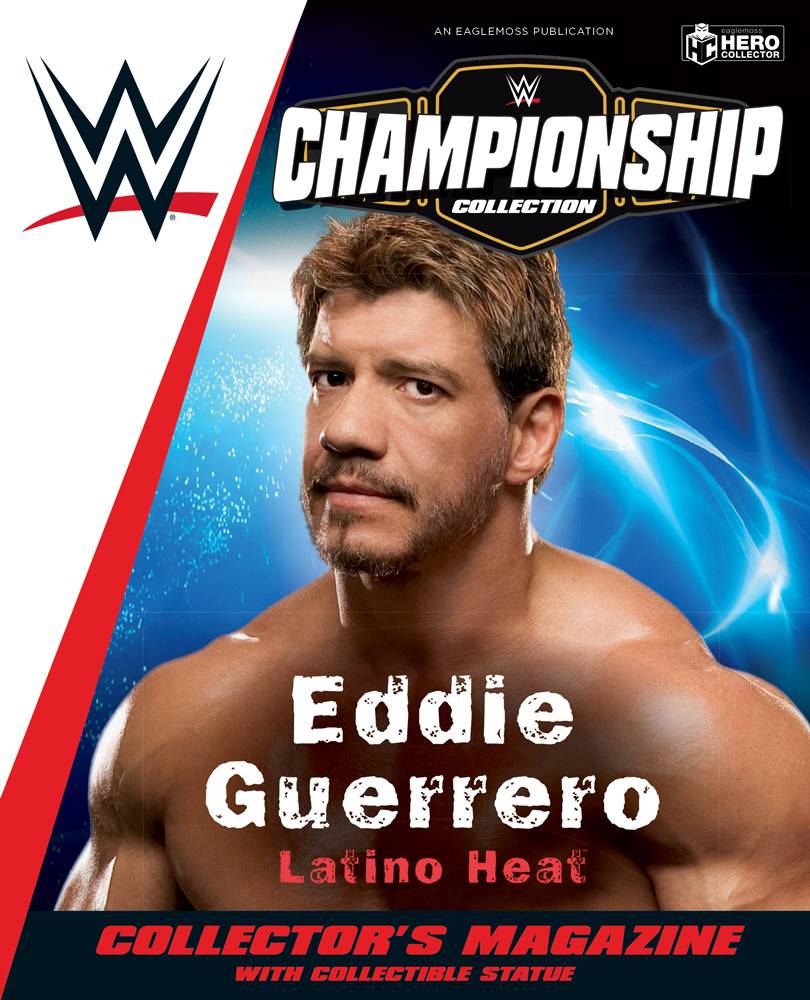 # #
SEP201958
If you're not cheating, you're not trying! One of the finest performers in wrestling history, Eddie Guerrero made the leap to WWE in 2000, where he dazzled fans with his aerial skill and roguish grin. "Latino Heat" did whatever it took to steal a win, fooling referees and foiling rivals as he climbed the ranks to the WWE Championship.
Whether slipping out of a boot to escape a leg-lock, or tricking a referee into disqualifying his opponent with a fake chair-shot, Eddie's talent for deception knew no bounds. Beloved in the ring and out, Eddie's career was cut tragically short in 2005 - but he is remembered as a titan of sports entertainment, and was inducted into the WWE Hall of Fame in 2006. Viva La Raza!
In Shops: Jan 13, 2021
SRP: $19.95
View All Items In This Series