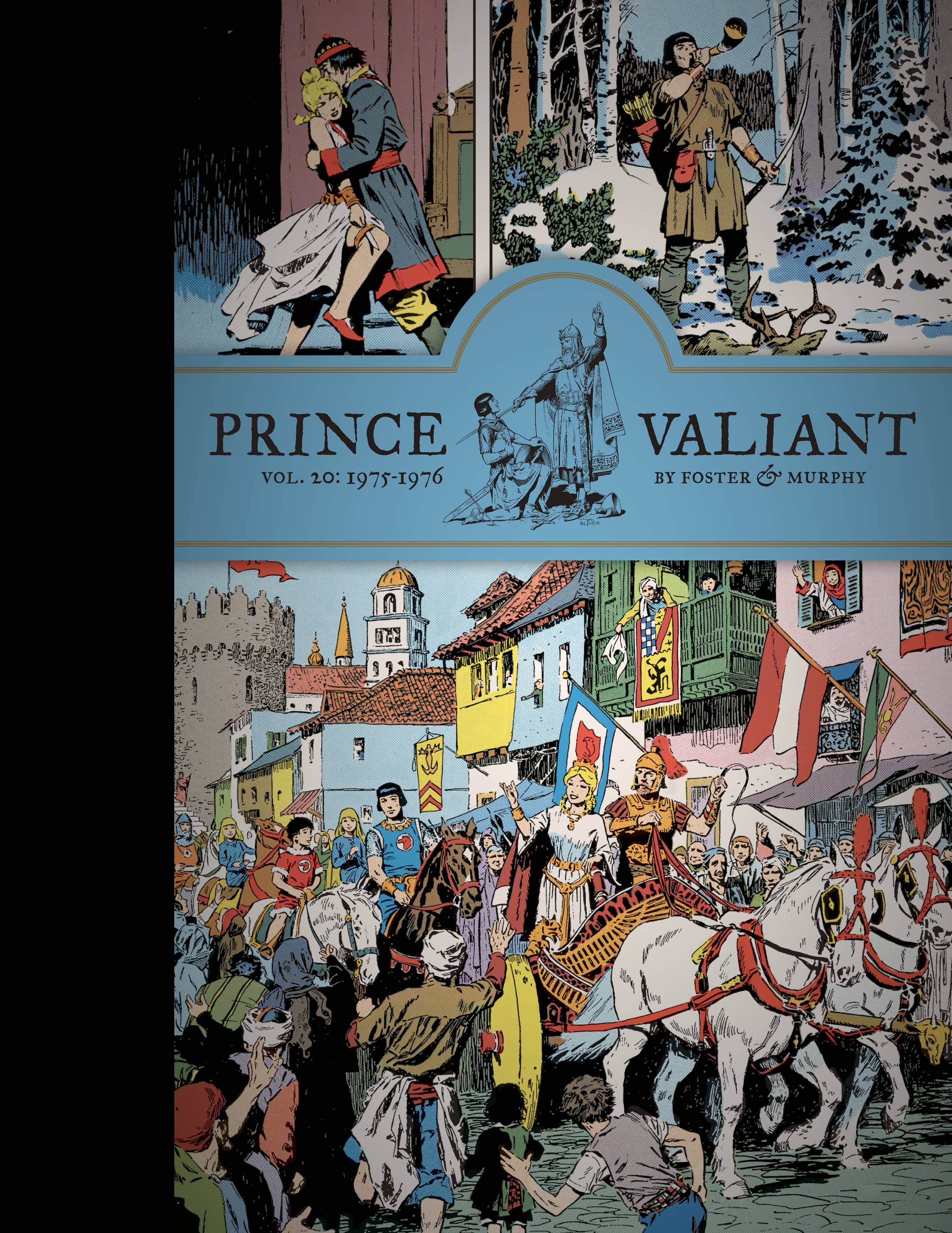 #
SEP191765
(W) Hal Foster (A/CA) Hal Foster
Creator Hal Foster returns for the series' 2000th strip, recalling the high points of the Prince Valiant legend. Aleta is abducted by a wizard, but Val pursues them only to learn that Aleta is capable of rescuing herself. Aleta's younger sister Helene is gambled away by her husband, drawing Val and his Singing Sword into a deadly duel. And in between battles, romance has its way with kings, wizards and slaves. Also: a large gallery of Hal Foster's art for the 1930 U.S. Naval Academy yearbook. Plus, an interview with Mad artist Angelo Torres, who assisted Prince Valiant artist John Cullen Murphy on the Big Ben Bolt strip.
In Shops: Nov 06, 2019
SRP: $34.99
View All Items In This Series
ORDER SUBSCRIBE WISH LIST