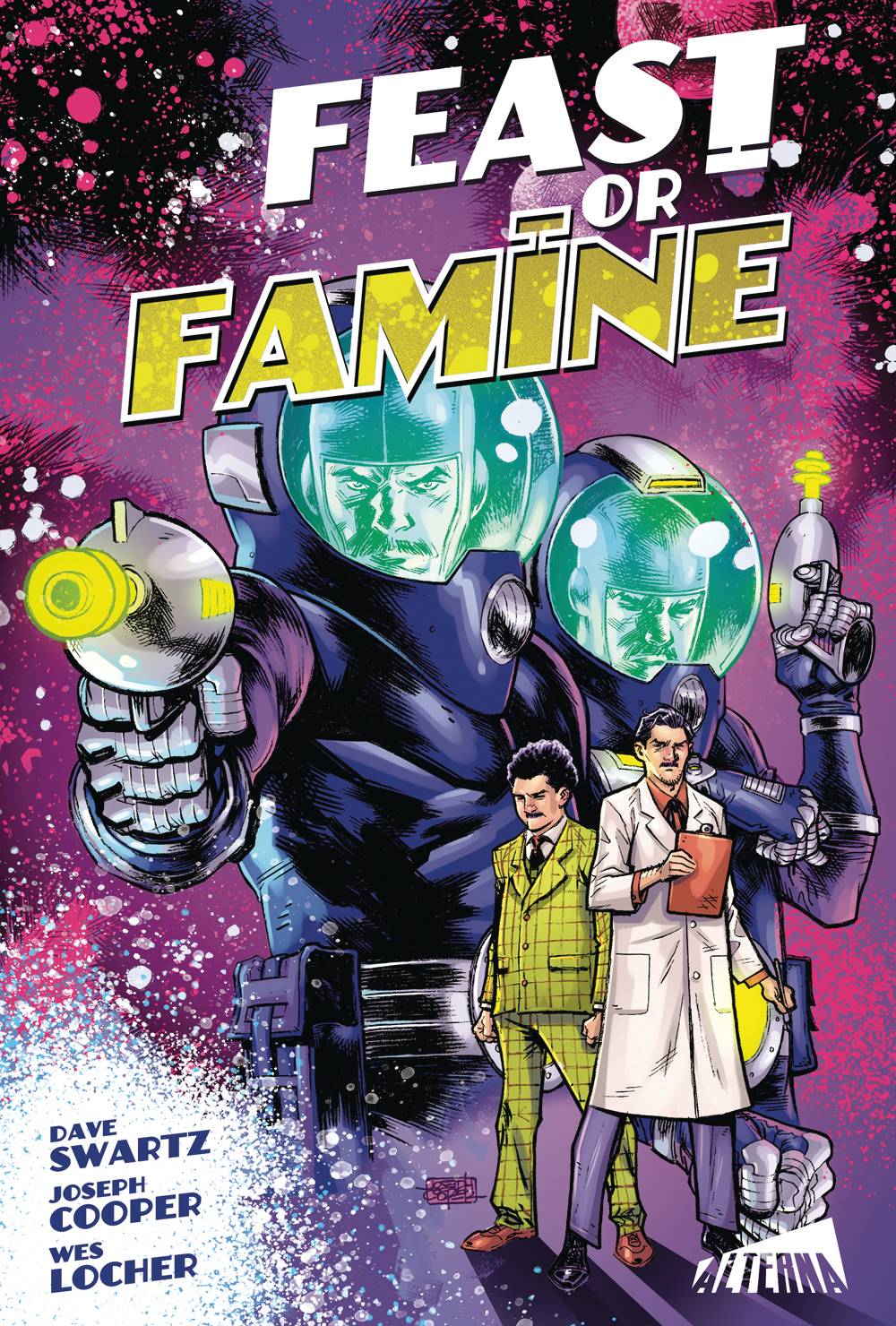 #
SEP191421
(W) Dave Swartz (A/CA) Joseph Cooper
In a parallel dimension to our own, Nicholas Teska partners with Dr. Albalien Stein to create a futuristic world of tomorrow! Together, they establish Tacheon Industries, a laboratory designed to advance our understanding of science, technology, and the universe. One night, Teska is working late in his lab, when he discovers a faint radio signal. Believing the signal was sent from an intelligent source on a near-by planet, the two scientists build a teleportation device to take them on a journey across the cosmos. Once on the other side, they encounter aliens, robots, mutant ice bears, and much more than they could have ever expected.
In Shops: Dec 11, 2019
SRP: $9.95