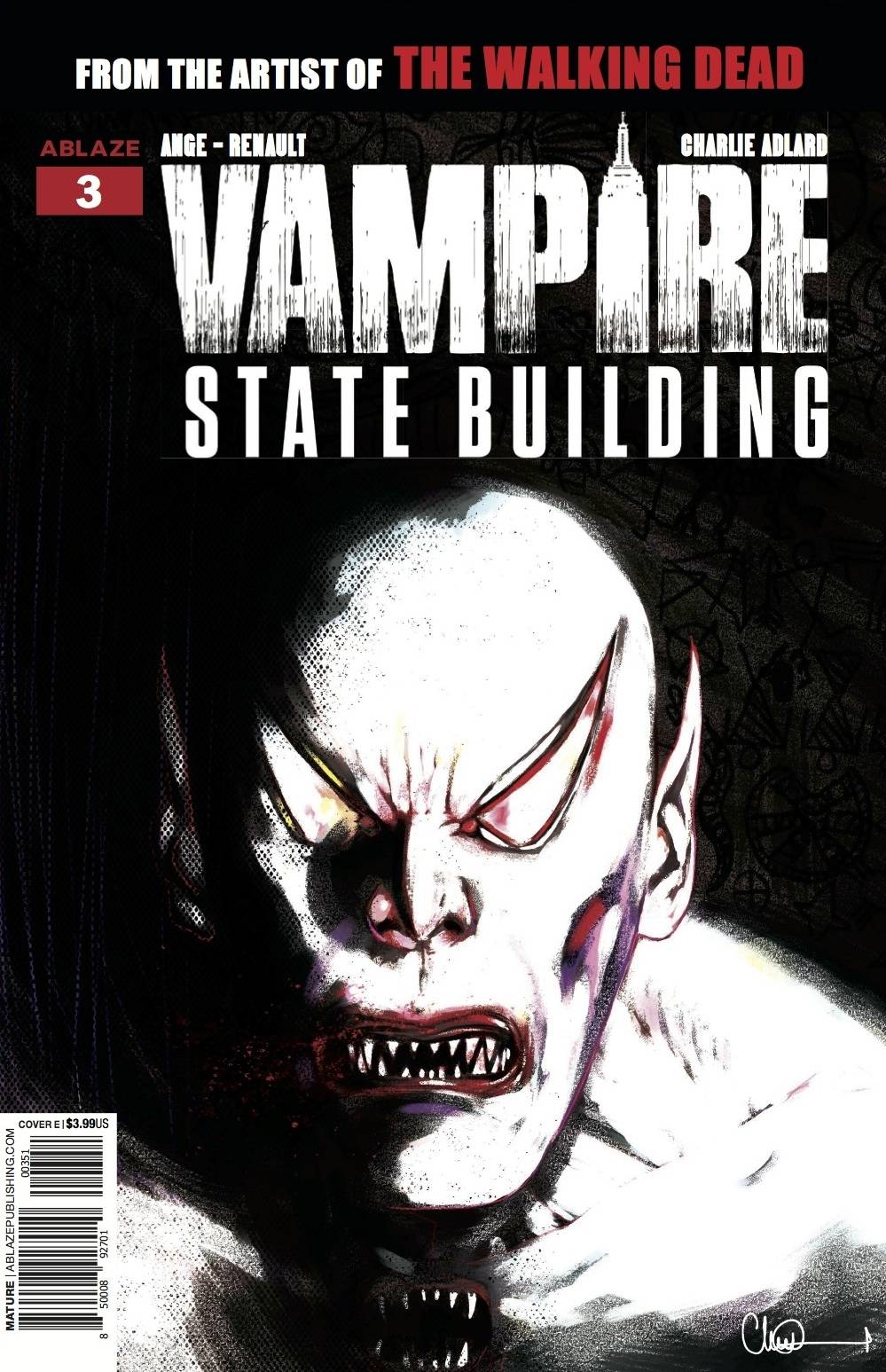 #
SEP191327
(W) Ange, Patrick Renault (A/CA) Charlie Adlard
The bloodbath in the world's most famous skyscraper continues!  Legions of vampires have taken control of the Empire State Building and their victims have now been reanimated and joined their ranks. Outside, police and army are doing their best to contain the menace in the building and to destroy any creature who would try to invade New York City.  But Mary and Terry are still somewhere in the floors and they have only a short time left to try to escape and - maybe - to survive.