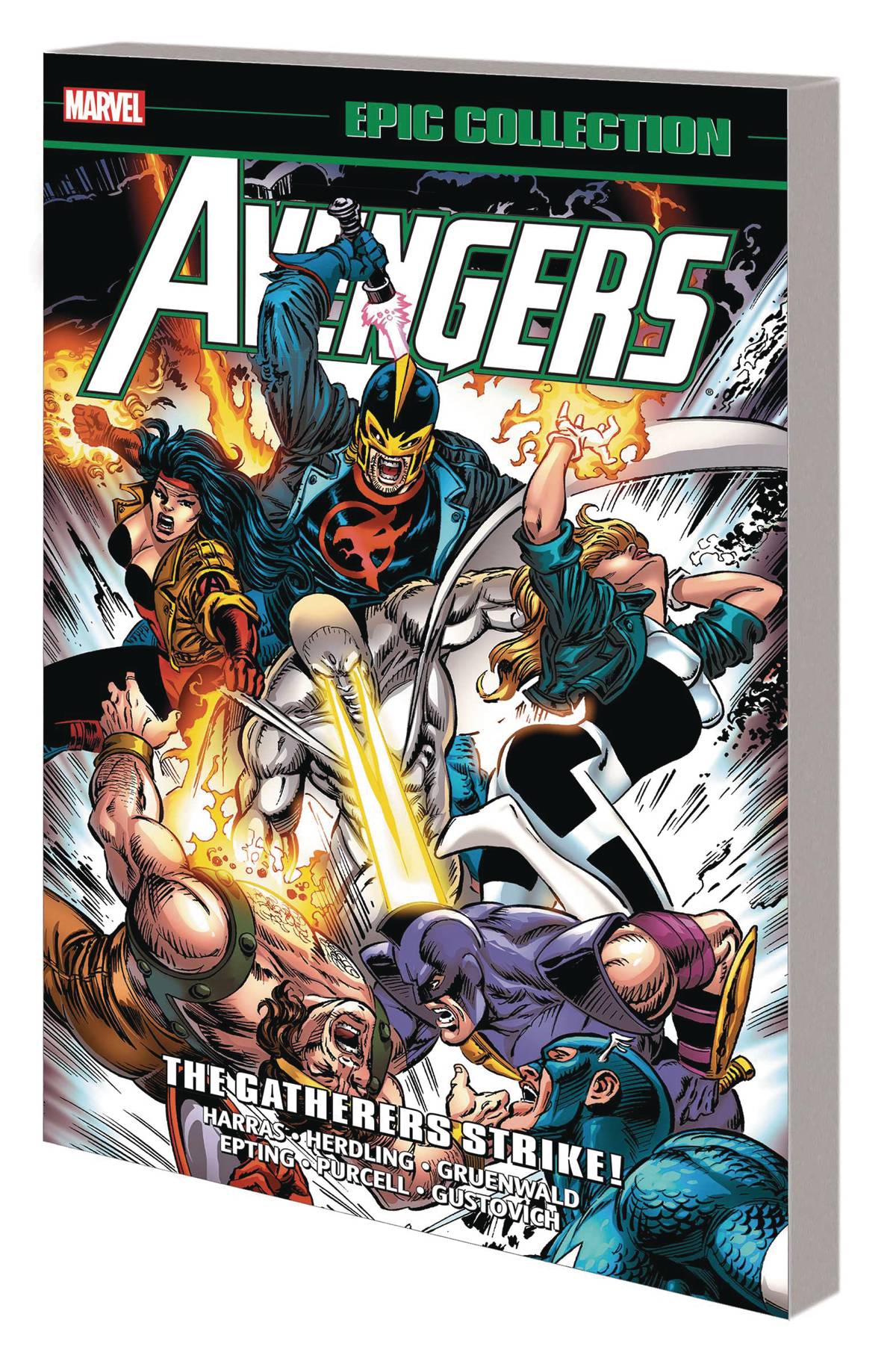 #
SEP191013
(W) Bob Harras, More (A) More (A/CA) Steve Epting
Gathering doom! The mysterious Gatherers have big plans for the Vision, while the other Avengers have their hands full with one of their own: the powerful sorceress Sersi! Captain America returns - but things have changed in his absence, and the Black Knight won't take kindly to being bossed around! The Dane/Sersi/Crystal love triangle gets ever more complicated as the Avengers finally meet their shadowy nemesis: Proctor of the Gatherers! Deathcry enters the world of the Avengers, and Hank Pym becomes Giant-Man once more! But who is the Bloodwraith? Plus: USAgent, War Machine and Thunderstrike form a new "big three" in a time-travel tussle with Terminatrix - and Cap, Iron Man and Thor aren't far behind them! All that and Deadpool too! Collecting AVENGERS (1963) #360-366 and ANNUAL #22, AVENGERS: THE TERMINATRIX OBJECTIVE #1-4, AVENGERS STRIKEFILE and AVENGERS ANNIVERSARY MAGAZINE.
Rated T
In Shops: Dec 04, 2019
SRP: $39.99