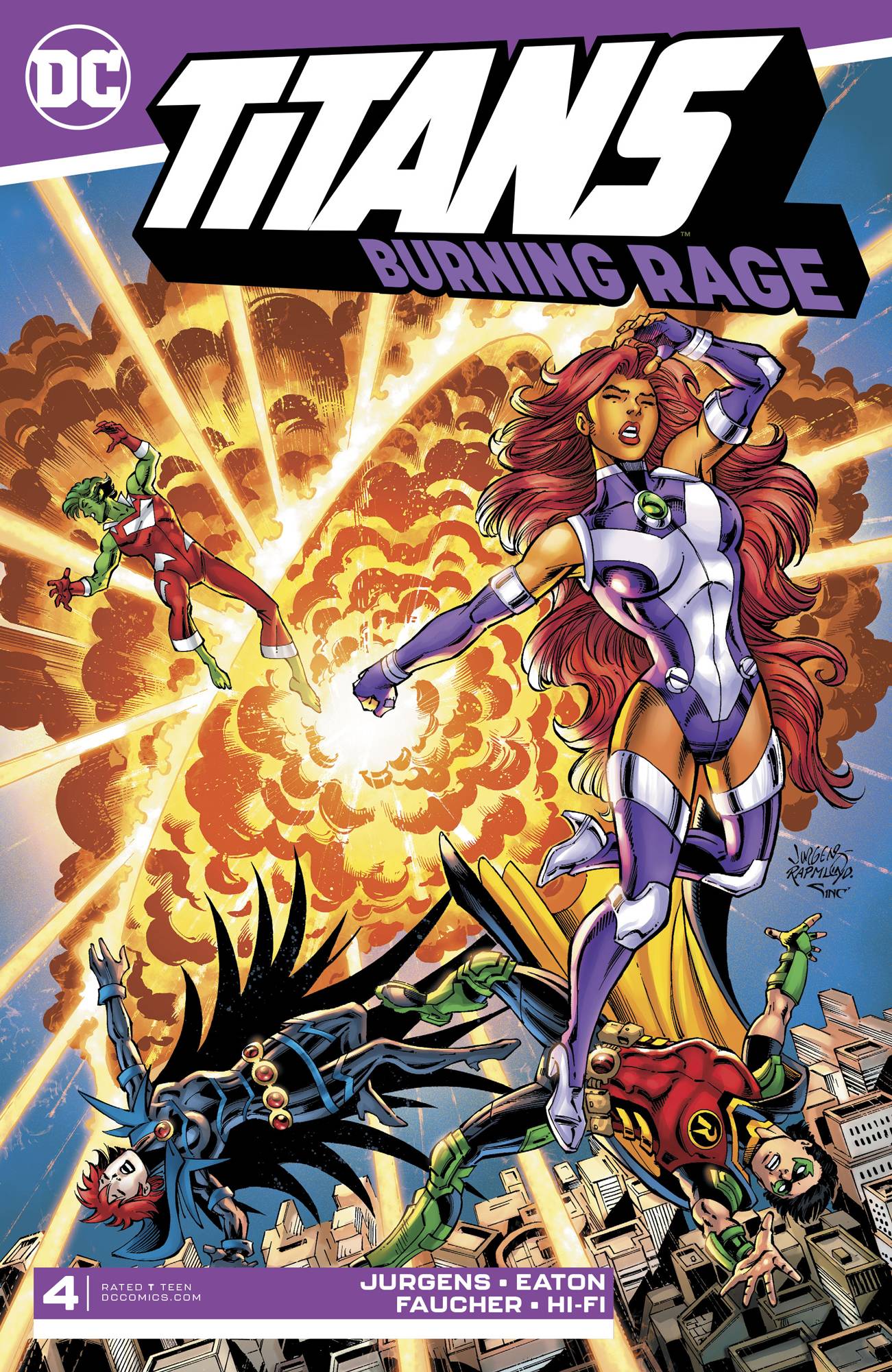 #
SEP190538
(W) Dan Jurgens (A) Scott Eaton, Wayne Faucher (CA) Dan Jurgens, Norm Rapmund
Available to comics shops for the first time! It's Beast Boy's birthday, but the party won't last long as the Titans make the save at catastrophic fire--and the arsonists are: Hawk and Dove?! Things aren't as they seem, as former Doom Patrol member Mento is pulling the duo's strings in a violent uprising. It's up to the Titans to uncover his sinister purpose before someone gets killed! Originally published in Teen Titans Giant #7 and Titans Giant #1.
In Shops: Nov 20, 2019
SRP: $4.99
View All Items In This Series