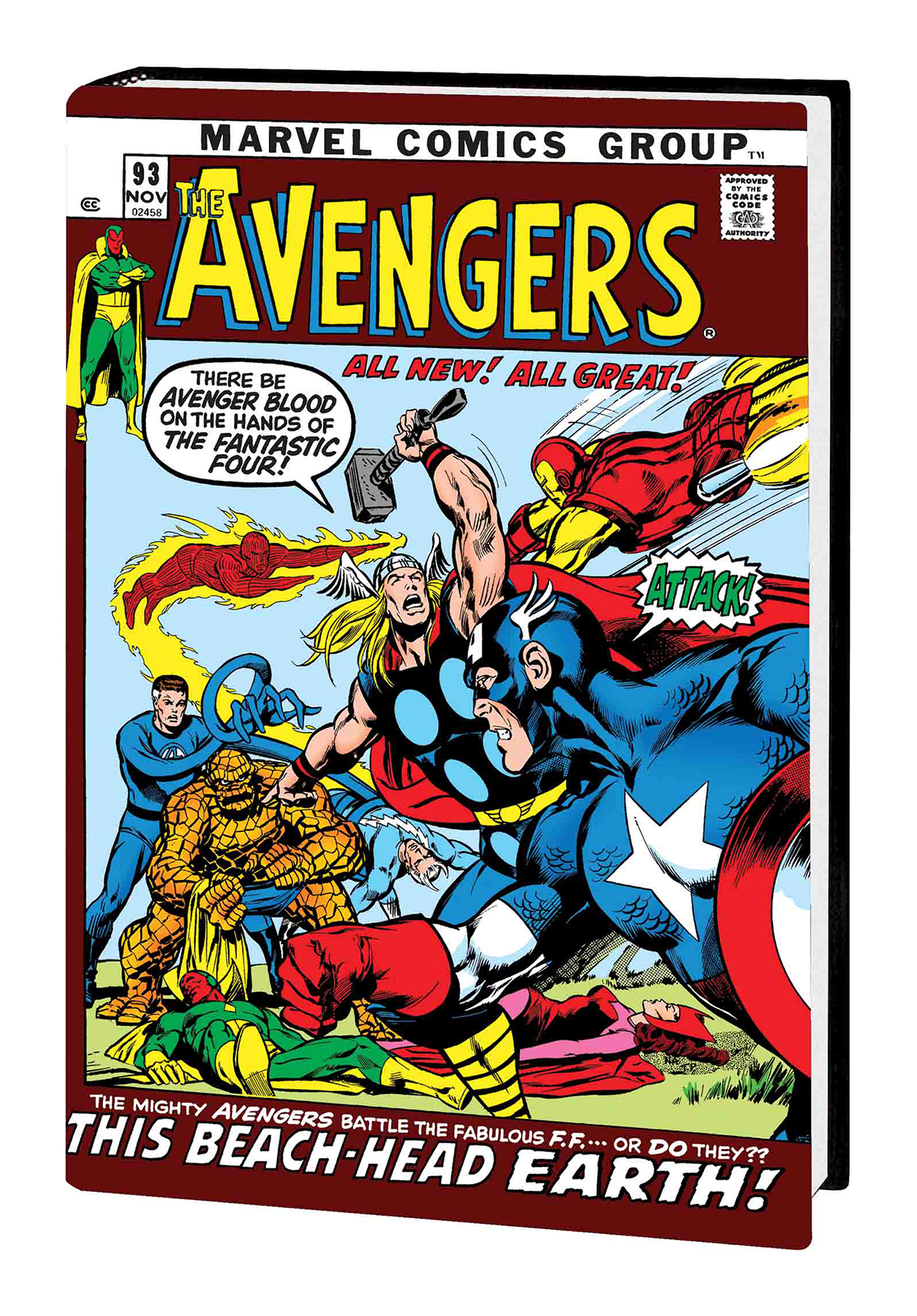 SEP181000
(W) Roy Thomas, Steve Englehart, More (A) Sal Buscema, More (A/CA) Neal Adams
Caught in the crossfire, Earth has become the staging ground for a conflict of cosmic proportions! The merciless Kree and the shape-changing Skrulls have gone to war and humanity is on the front line. It's Roy Thomas and Neal Adams' classic Kree-Skrull War! Then, every Avenger from day one returns - to battle Ares and the Enchantress! And there's no time wasted upping the ante when the mutant-hunting Sentinels return from the heart of the sun. Next, enter: Steve Englehart! The Avengers' new writer doesn't miss a beat as he builds up to Marvel's first hero-vs.-hero epic - the Avengers-Defenders War! Also featuring Mantis' first appearance, Vision and the Scarlet Witch's growing romance and a battle with Magneto alongside the X-Men! Collecting AVENGERS (1963) #89-119, DAREDEVIL (1964) #99 and DEFENDERS (1972) #8-11.
Rated T
In Shops: Mar 20, 2019
SRP: $100.00
View All Items In This Series