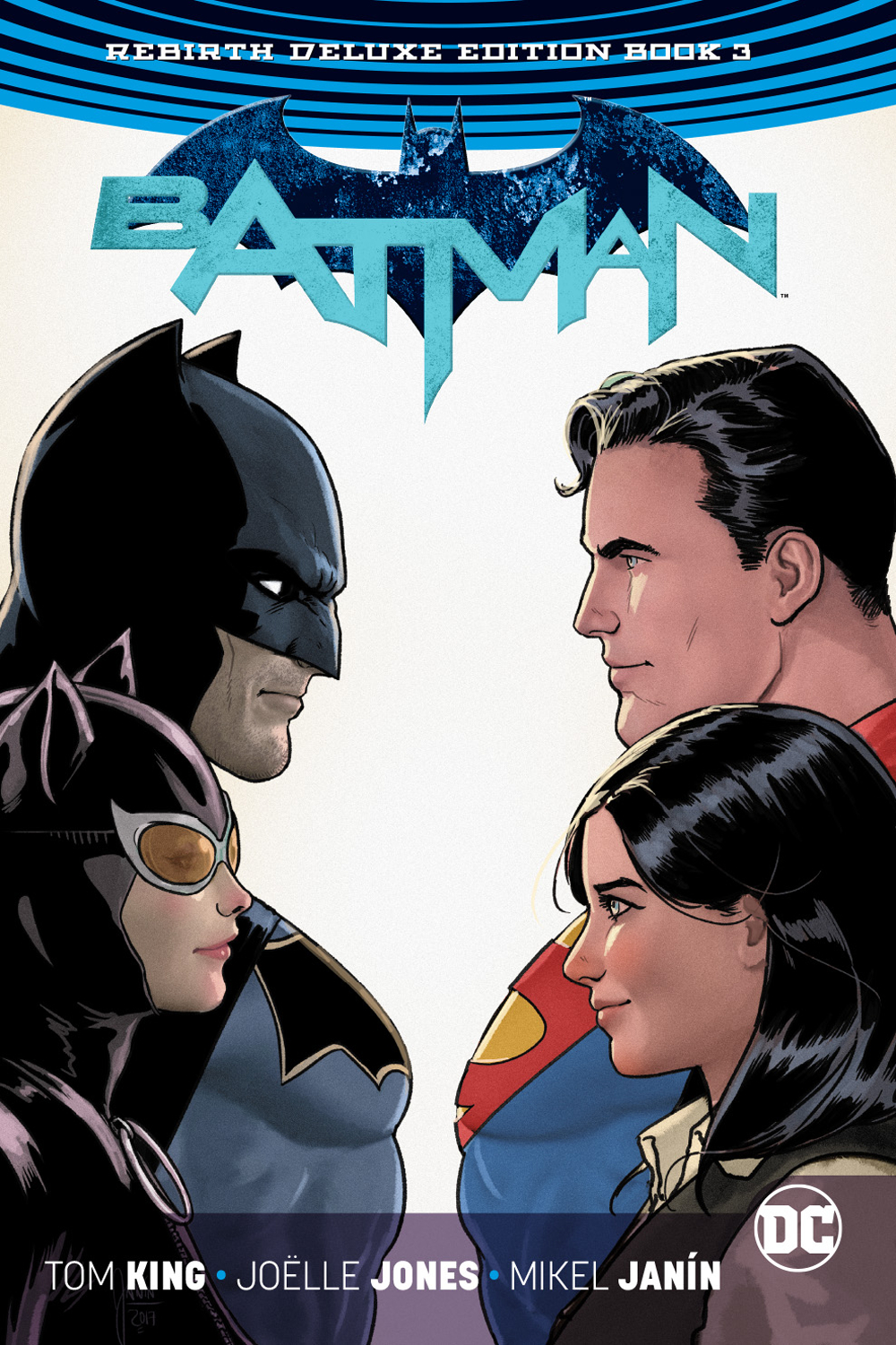 SEP180554
(W) Tom King (A) Jo?lle Jones, Clay Mann, Seth Mann, Lee Weeks, Travis Moore, Michael Lark, Hugo Petrus (A/CA) Mikel Janin
Following Batman's proposal to Catwoman, Batman leaves Gotham City on a quest of redemption in the desert. Along the way, he encounters members of his extended family-each ready to push back against his determination to evolve into something better than a superhero. Then, a young admirer of Bruce Wayne's wants to grow up to be like his millionaire idol. But what would happen if Mattie were forced to relive the worst tragedy of Bruce Wayne's life? Collects BATMAN #33-44 and ANNUAL #2.
In Shops: Dec 05, 2018
SRP: $34.99
View All Items In This Series